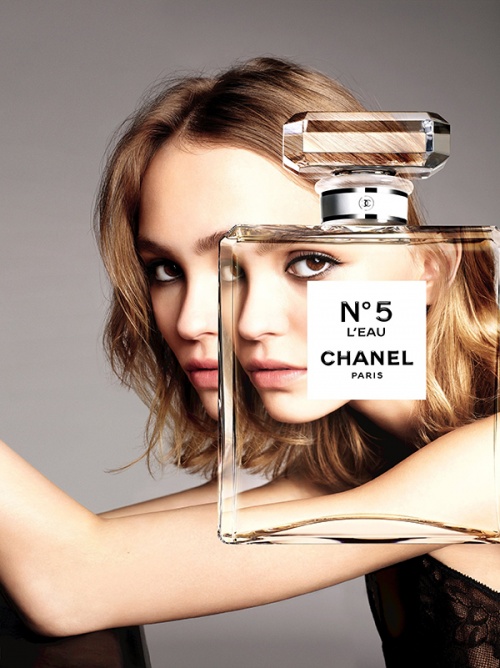 ​The French luxury label has unveiled a new version of its iconic N°5 fragrance, offering a fresh, modern take on the original scent. Lily-Rose Depp, a Chanel brand ambassador for several seasons already, has been called upon to front the new fragrance.

After Ernest Beaux and Jacques Polge, who both previously concocted their own interpretations of Chanel’s emblematic scent, Olivier Polge has created his take on N°5. But N°5 L’Eau is much more than just another version of this legendary fragrance, as the fashion house explains.

N°5 L’Eau is not a cologne. Nor is it a diluted version of the original fragrance for, at Chanel, each variation is a genuine olfactory creation. N°5 L’Eau is the N°5 of today. A composition under the banner of modernity, with freshness as its leitmotif. L’Eau, for water is essential. L’Eau, in praise of simplicity.”

Olivier Polge, the perfumer behind the new fragrance, has given pride of place to aldehydes, matched with citrus (lemon, mandarin, orange) and a floral bouquet (rose, jasmine, ylang-ylang). This comes enveloped in the soft aromas of vetiver, cedar and musk.

In July 2015, Chanel announced Lily-Rose Depp as the ambassador of its ‘Perles’ eyewear collection. This saw the 17-year-old follow in the footsteps of her mother, Vanessa Paradis, a Chanel brand ambassador since the early 1990s.

In the N°5 L’Eau campaign, the fresh-faced blonde is captured in almost disconcerting simplicity with flowing, natural hair. Her deep eyes look into the lens with an intense and mesmerising gaze.

The fragrance is due out in September.