When Ferrari introduced the SF90 Stradale – its first plug-in hybrid electric vehicle (PHEV) – critics heralded it as the future of the marque. Not only did it replace the LaFerrari as its flagship supercar, it also brought supercar-level performance previously unknown to hybrid production cars.

Now, with the launch of the SF90 Spider, Ferrari takes hold of this future in style, by rolling out a convertible variant of its fastest production road car (and a PHEV at that) and ready to shock and awe the Hong Kong landscape.

Just like its hard-top sibling, the SF90 features the same twin-turbo V8 engine that generates 780cv/769hp and three electric motors – two at the front and one in the rear – that provides an extra 25km range and 220cv/217hp of power. Together it produces enough power to propel the SF90 to 100km/h in just 2.5 seconds and a top speed of 340km/h, enough to retain the title of the fastest and most powerful Ferrari road car in production.

It also continues to feature different driving modes that allow you to tailor it to your specific needs: e-Drive for city driving using just the two front electric motors, Hybrid, Performance and Qualify which lets you utilize the full power capability of this supercar.

More importantly though, the SF90 Spider retained the slick, pick-up-your-jaw and wipe-your-drool design crafted by the in-house design team in Maranello. This, despite having to make the exhaust pipes sit higher up on the car, re-engineer the body to accommodate the roof and a redesigned chassis. All the original styling and design cues have been preserved – from the stunning and flowing side profile to the visible V8 engine (whether the roof is fitted or stowed).

Inside, the SF90 Spider is incredibly minimalist when it’s not running, with only the yellow prancing-horse logo on the steering wheel providing that much-needed dash of color. Turn it on though (by swiping the steering wheel touchscreen) and the 16-inch curved HD screen comes to life, displaying all the essential information you need – central instrument cluster, media, navigation and more – bringing Ferrari to the digital age.

If you’re feeling the need for a more track-oriented spec vehicle, the SF90 Spider is available in the Assetto Fiorano pack which is designed to further enhance the car’s racing DNA by integrating upgrades including Multimatic shock absorbers, carbon-fiber and titanium materials that shave up to 21kg of its weight, carbon-fiber rear spoiler and specially-designed Michelin Pilot Sport Cup 2 tires. 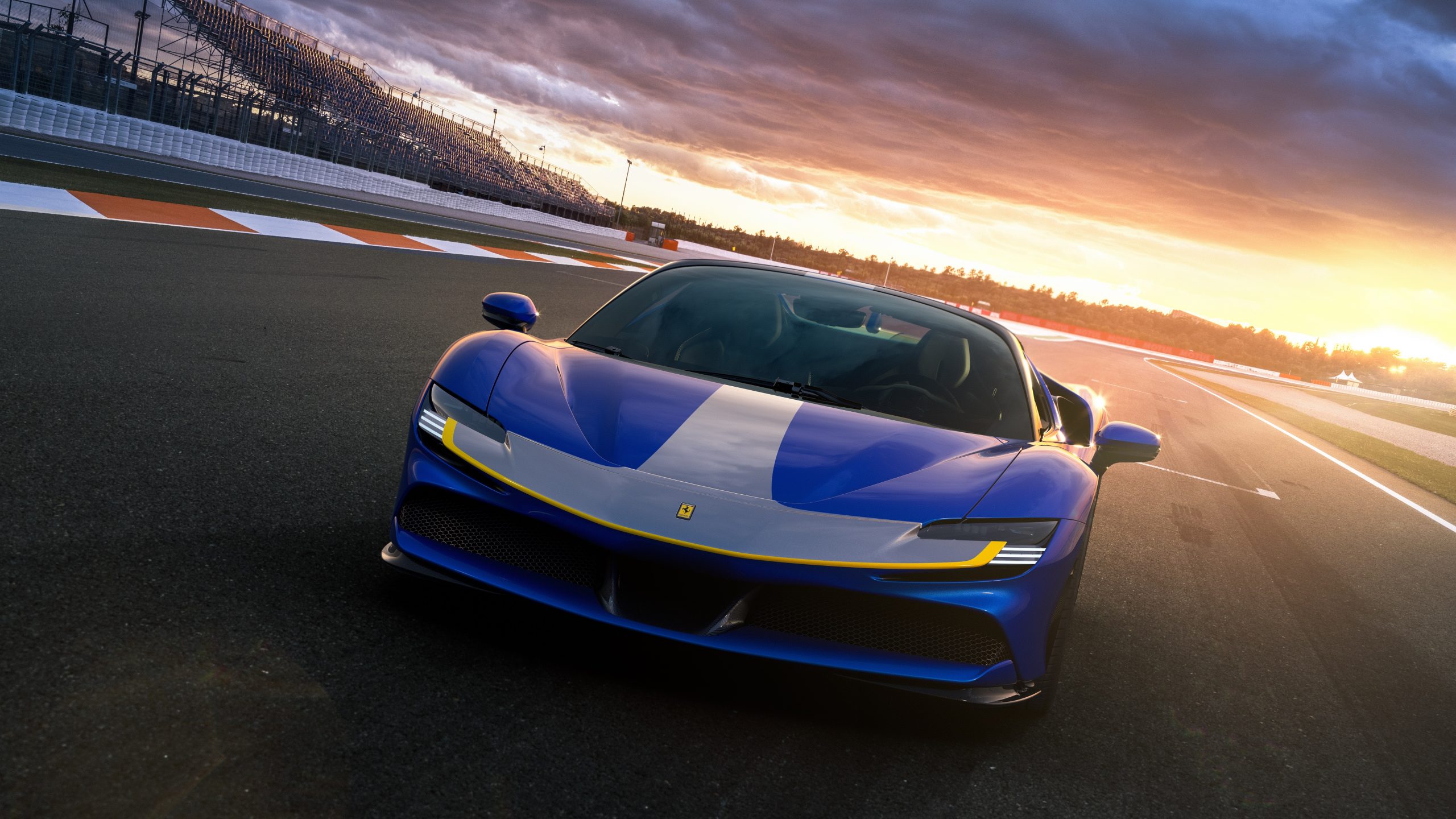 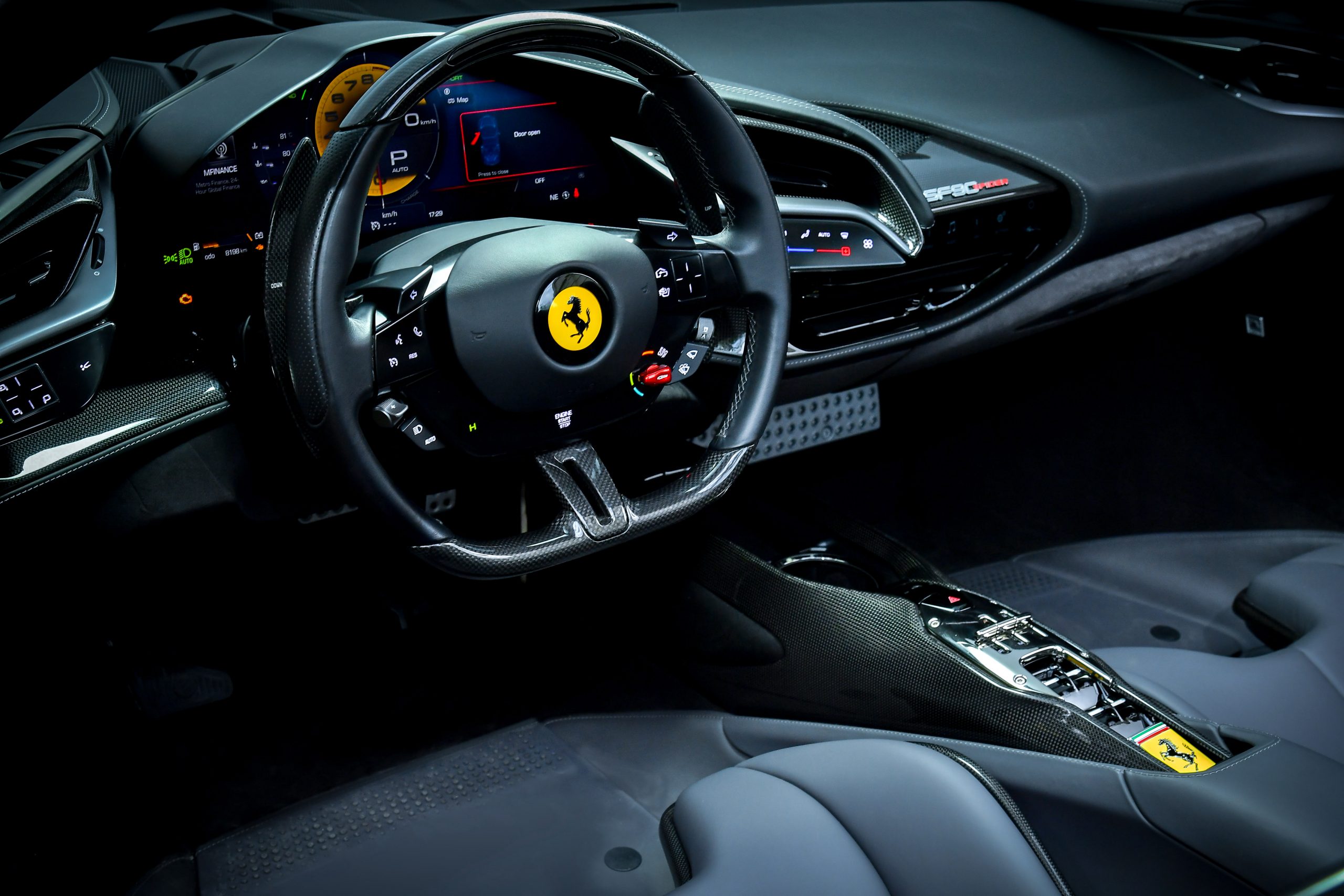 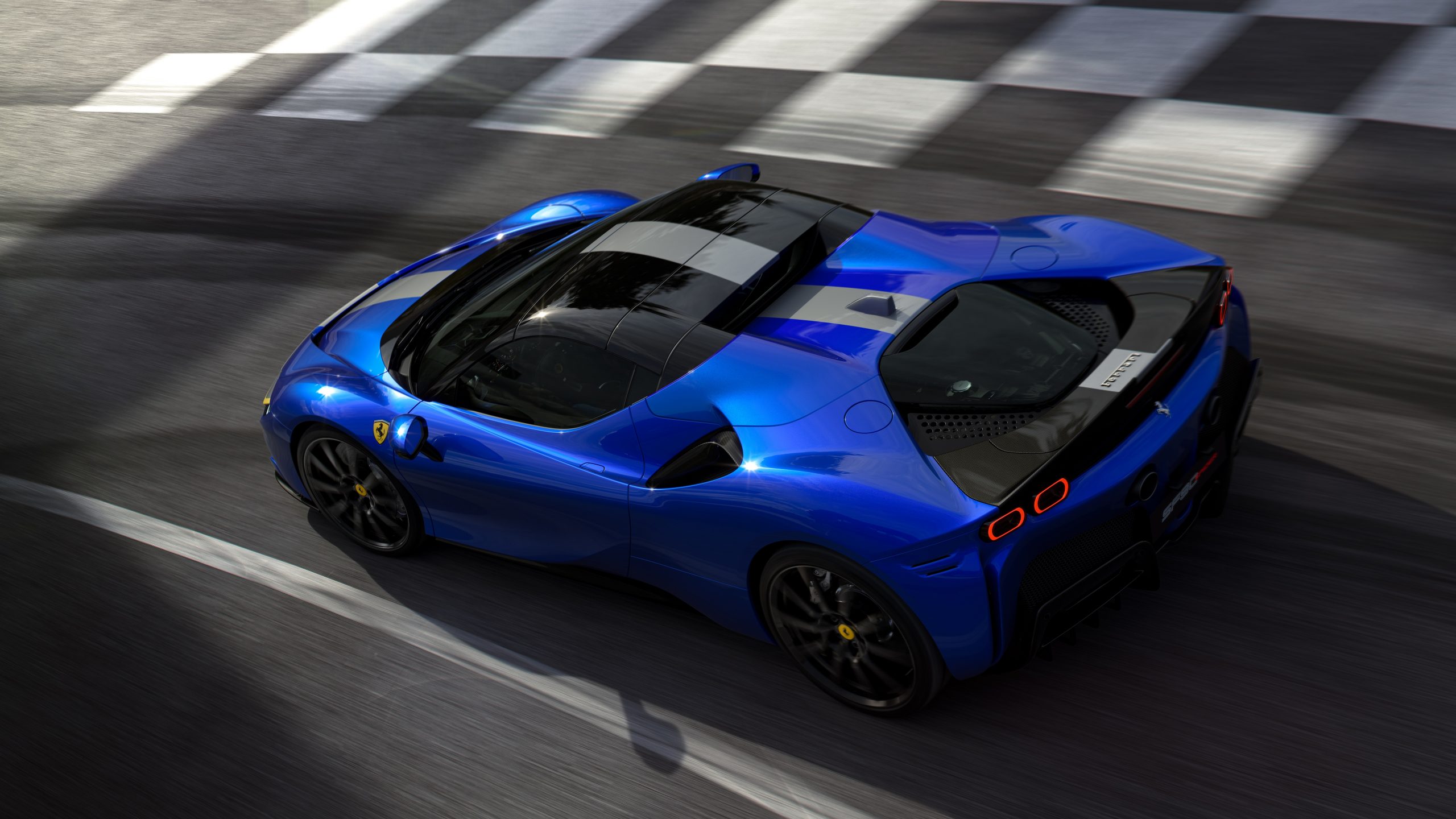 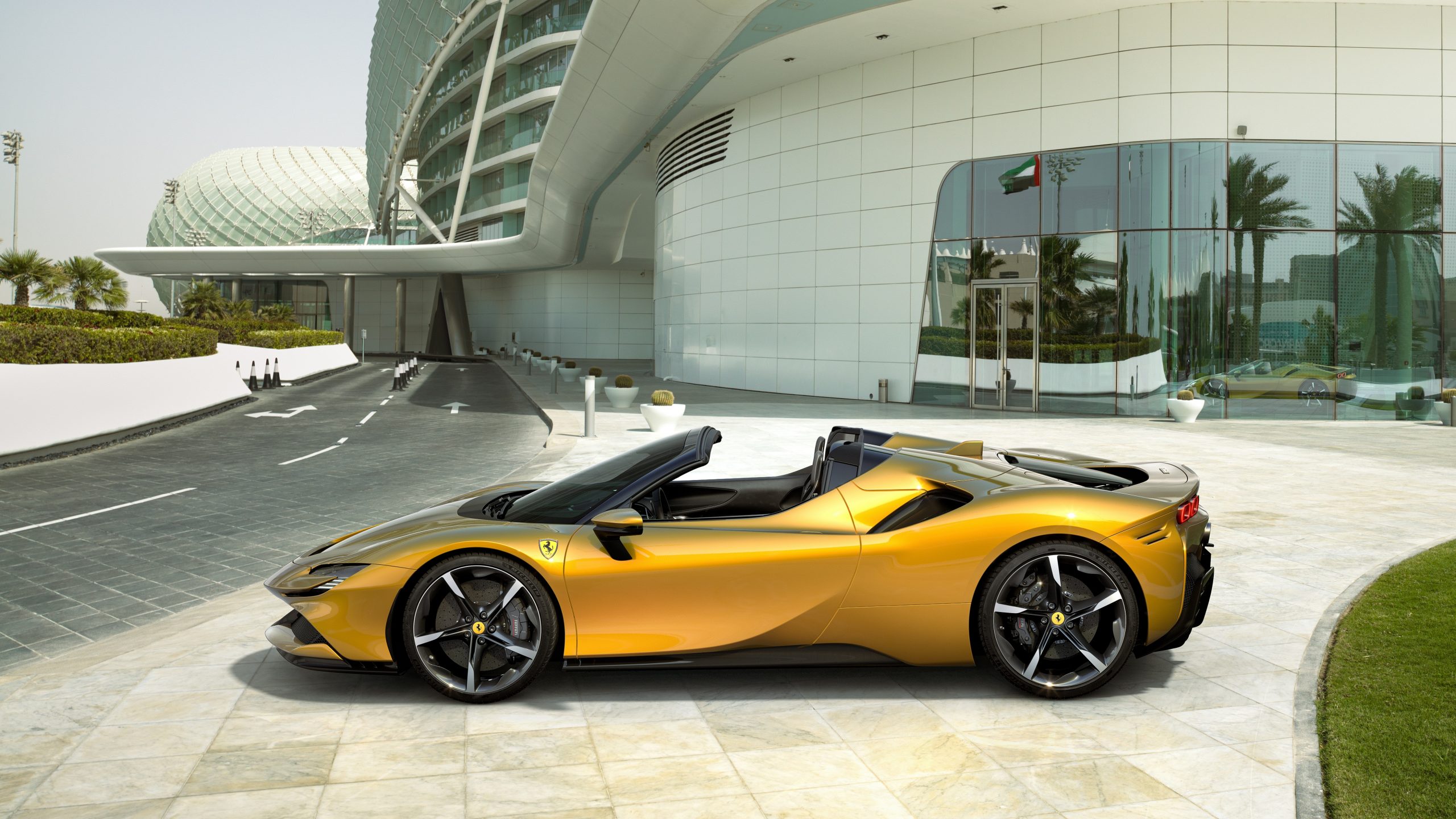 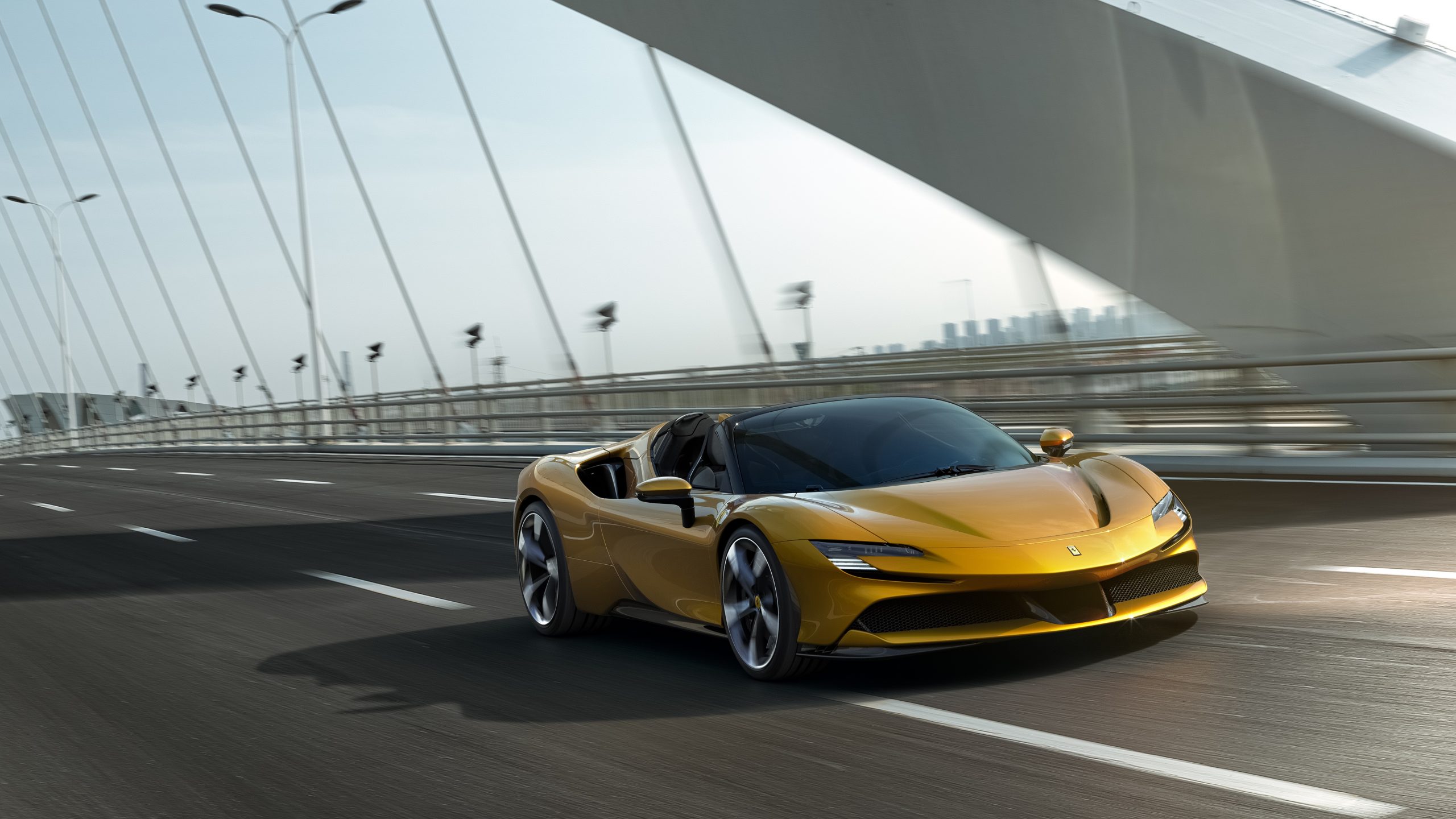 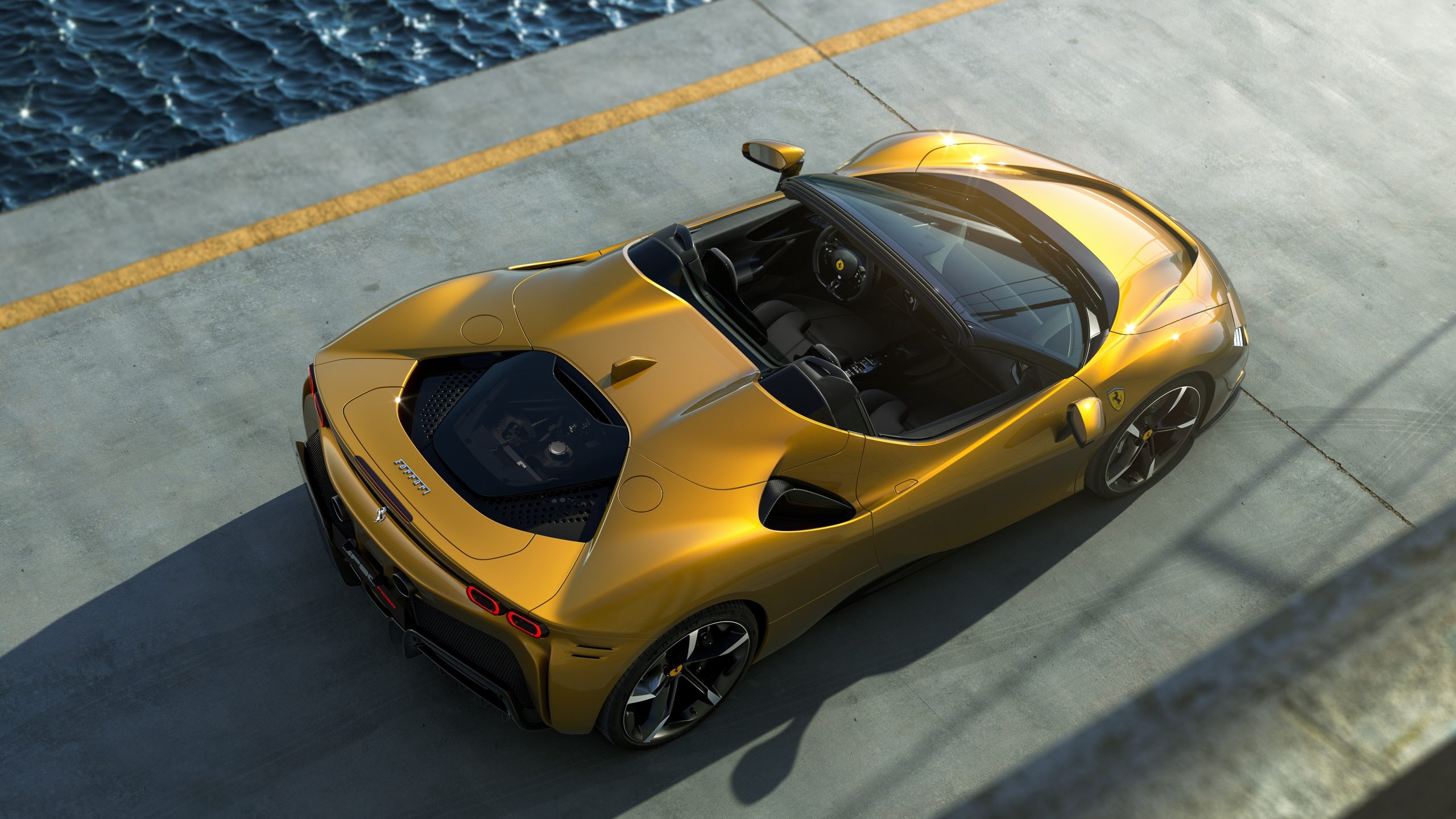 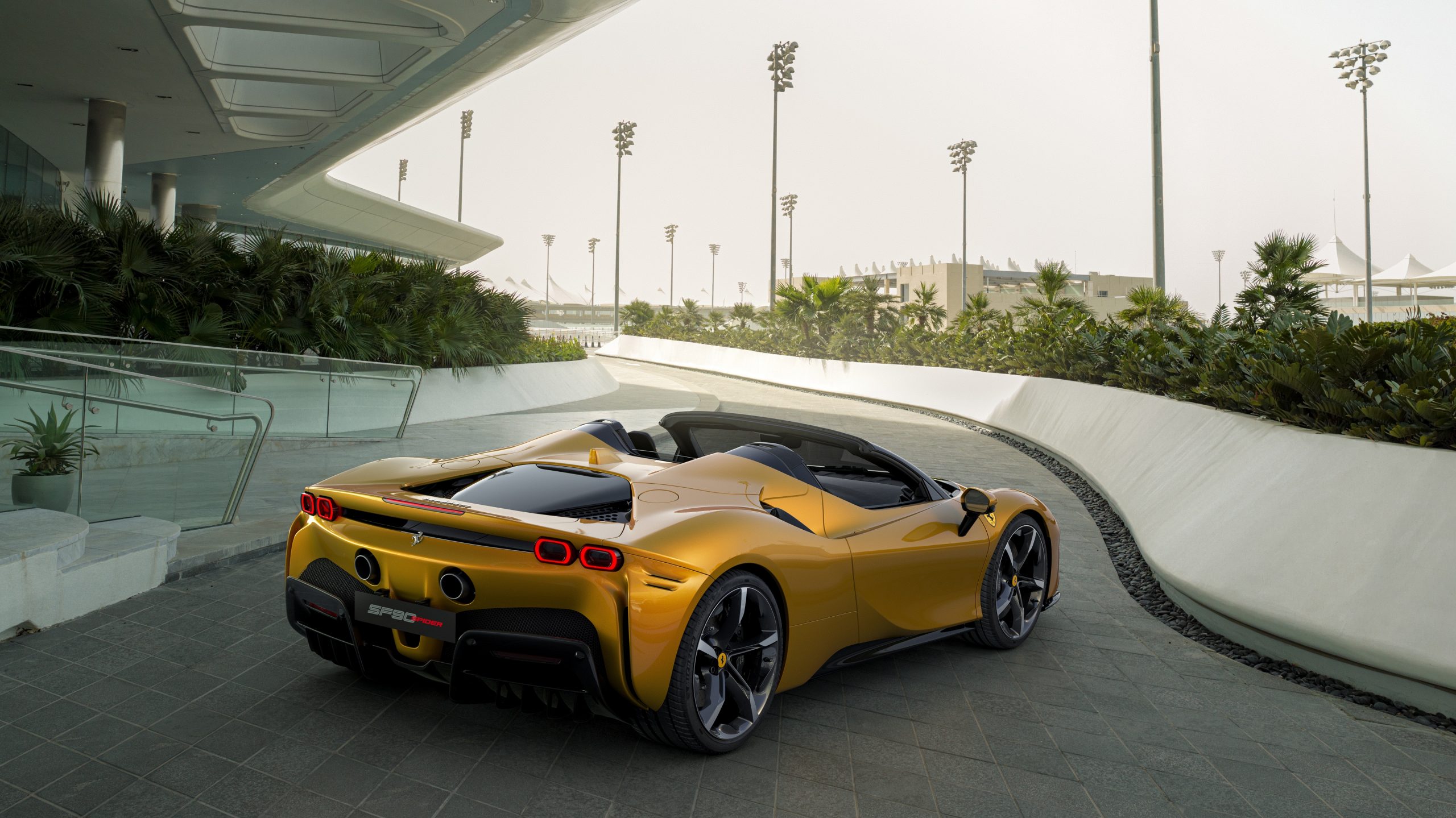 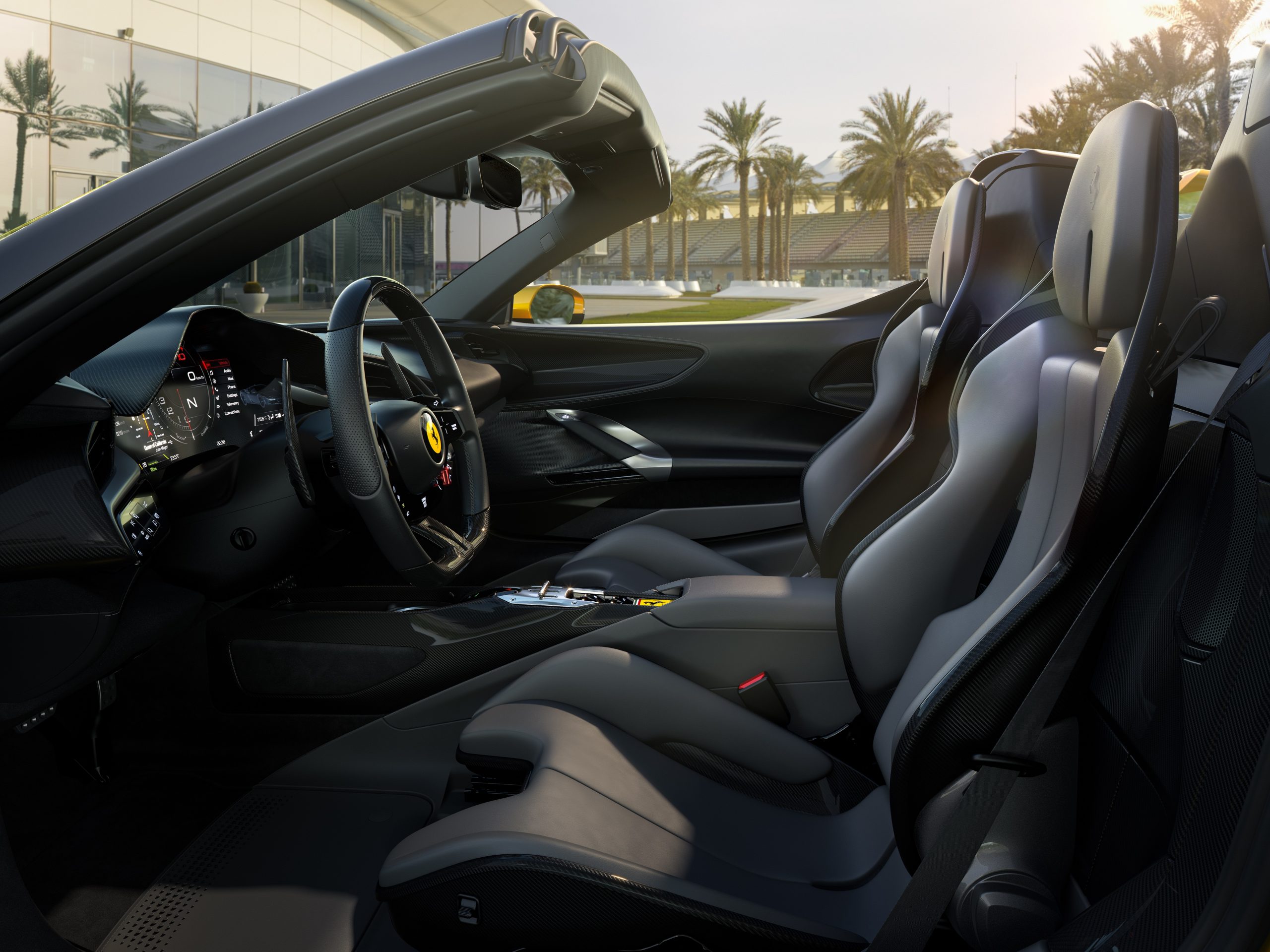