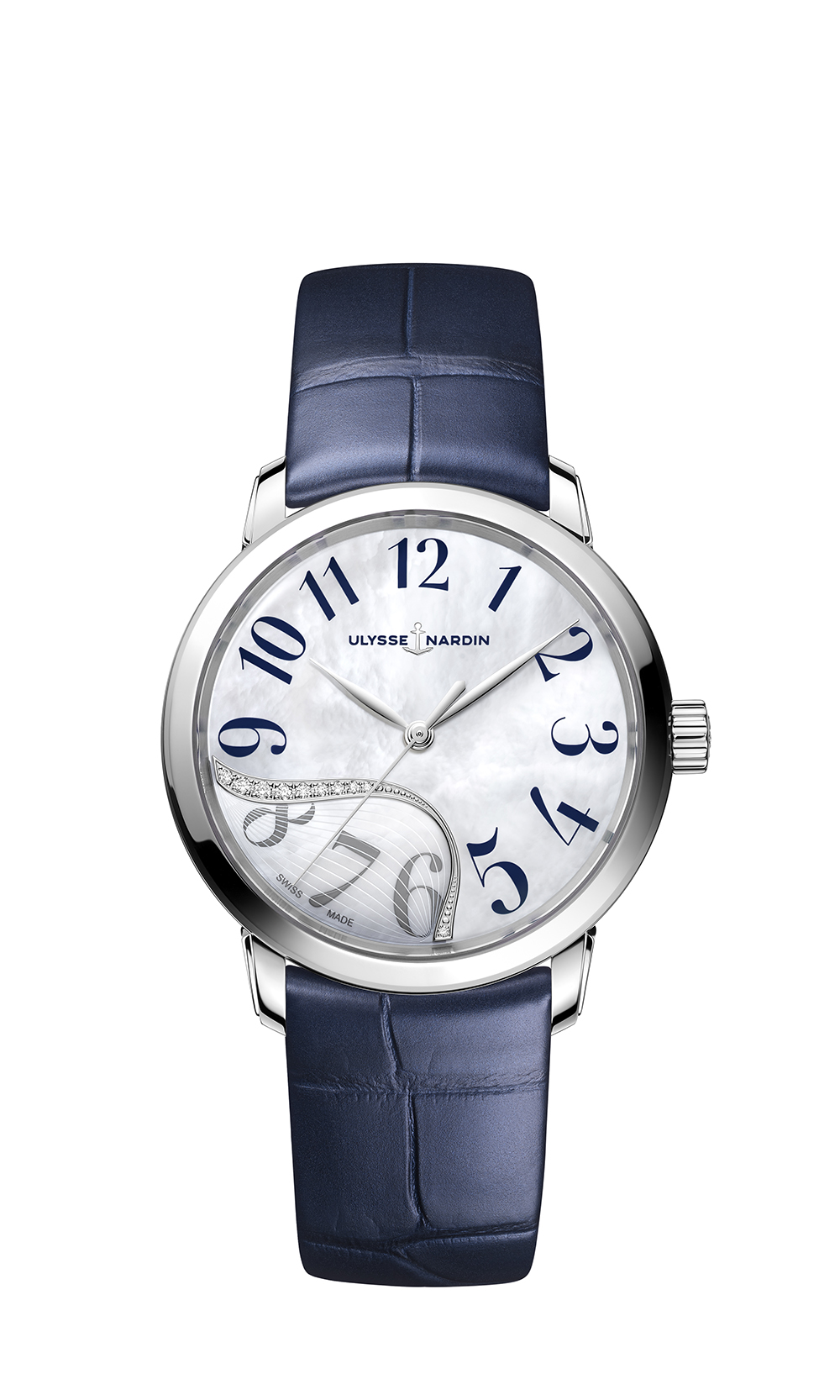 Each year, SIHH sees watch brands pulling out all the stops to showcase their latest inventions and creations. In 2018, one brand in particular – Ulysse Nardin, best known for its highly accurate marine chronometers – had a palpable sense of titillation in Geneva, with passers-by gaping and whispering.

Ulysse Nardin’s booth was dark and the only illumination came by way of the swirling oceanic colours from the roof, perhaps inspired by the brand’s rich marine heritage. Artworks from Damien Hirst’s controversial Treasures from the Wreck of the Unbelievable added to the drama of the decor. Then, within the booth was a small red room adorned with leather sex accessories.

Was this a mere gimmick to liven things up at a time when the Swiss luxury industry is moving at a snail’s pace? According to Patrick Pruniaux, the CEO of Ulysse Nardin, the setup was intended to showcase the technical merits of the watches rather than to shock. And Ulysse Nardin had two very special and exciting watches to showcase, so perhaps a little attention-grabbing was in order.

Since then, the original Freak has served as the blueprint for numerous iterations, through which Ulysse Nardin demonstrates the brand’s expertise in stylistic and technical innovations. The Freak Vision is the latest chapter in the history of the Freak. Time is still indicated by the collection’s signature baguette movement – a flying carousel, rotating around its own axis. However, this new watch now features many new technological advancements, especially those adopted from the brand’s 2017 InnoVision 2 concept watch, and some impressive design upgrades.

These include a new three-dimensional carved upper bridge that’s inspired by a boat’s hull, a box-domed sapphire that allows for a thinner middle area and bezel, and an entirely new case with the horns, bezel, and rubber on the side. The balance wheel, which Ulysse Nardin famously introduced in silicon inside the first Freak in 2001, has been improved further to include nickel elements to make the watch even lighter.

Freak Vision also boasts other technical firsts, such as the brand’s proprietary anchor escapement and a grinder automatic winding system to make it the first self-winding Freak. (Previously, all Freak watches were manually wound.) Needless to say, all these make for a very progressive, handsome watch that offers state-of-the-art watchmaking technology. As Pruniaux says, it’s “a true revolution in terms of energy optimisation in a mechanical watch.” The Freak Vision is crafted from pure platinum and measures 45mm in diameter. It is mounted on a rubber-like leather strap with titanium folding clasp, is water-resistant to 30 metres and has a power reserve of 50 hours.

Now, let’s get sexy. The Classic Voyeur marks the passing of time by setting into motion four naked figures, each engaging in different explicit sexual acts in a Louis XIV salon (complete with meticulously engraved canapé and carpet) on an anthracite dial. Two of them are locked in coital embrace in the background as the others peer (hence the watch’s name) from behind a curtain in the foreground. Each of the four participants is individually hand-sculpted in gold, with appropriately hinged and moving parts.

This provocative 42mm watch functions as a full-on complicated minute repeater, with low-pitched chimes at the hours and higher-pitched chimes at the minutes. Each press of the minute repeater’s button at 9 o’clock sets in motion the couple in the background making love by rhythmically moving the woman’s leg and her partner’s arm, torso and thigh, while in the foreground, the woman’s hand aids in arousing her partner as he excitedly looks on.The Classic Voyeur is the latest example of a centuries-long heritage of naughty timepieces by Swiss watchmakers, discreetly coveted by jacquemart enthusiasts and collectors. While other brands have dabbled in erotic timepieces, they mostly feature the sexual scenes on the backs of the cases; Ulysse Nardin, bless ’em, unabashedly places them on the front. “We’re more open,” says Pruniaux “It’s a lot of fun. When you look at the scene, it doesn’t say anything wrong about sexuality.”

Manually wound, the Classic Voyeur measures 42mm in diameter, is water-resistant to 30 metres and has a 36-hour power reserve. Offered in pink gold or platinum, only 18 pieces of each will be produced. A platinum model garnished with 60 baguette diamonds is also available for those who want an even more exquisite version of this daring timepiece.