?
One of the most headline-grabbing looks from Paris Fashion Week had nothing to do with fashion and everything to do with hair. When Balmain Creative Director Olivier Rousteing took Kendall Jenner, Gigi Hadid and his army of ‘It’ models and dressed them in colour swap wigs, it caused a media sensation.

Images of a blonde Jenner and Alessandra Ambrosio and a brunette Hadid, Lily Donaldson and Rosie Huntington-Whiteley went immediately viral. But less is known about the brains behind their transformation — Balmain Hair Couture.

The concept has been present on the beauty scene for some time now, having launched over 40 years ago and grown steadily in influence ever since, with the brand’s products, which range from styling tools and shampoos to hair extensions, available in salons globally and on mainstream fashion sites. This year, however, the French fashion house’s parallel project looks set to explode.

The company recently announced that it is launching an exclusive custom-made hair service at an artisan atelier in Paris at 13, rue Royale, focusing on the very current trend for couture wigs and hair additions. Led by ‘Master Hair Designer’ Nabil Harlow, the service promises ‘unlimited possibilities’ in terms of coloring, styling and customizing. The creations are crafted using 100 per cent human hair.

“My mother used to tell me that the power of a woman is in her hair,” explains Harlow. “I was fascinated and wanted to be part of this magic… What if I could make each woman I work with feel empowered and confident? This is how it all began.”

Balmain first tapped into the wig industry, a must-have fashion accessory in 1974, as the result of a partnership between designer Pierre Balmain and wig maker Dick Guliker.

Having taken a backseat for decades, the trend is currently undergoing a major revival, with stars such as Rihanna, Lady Gaga and Kylie Jenner regularly rocking bold wigs on the red carpet. And while hair extensions have become mainstream, Balmain’s new atelier is one of the first signs that the all-out high-fashion trend for totally transformative looks could be set to migrate from the catwalk to the street. 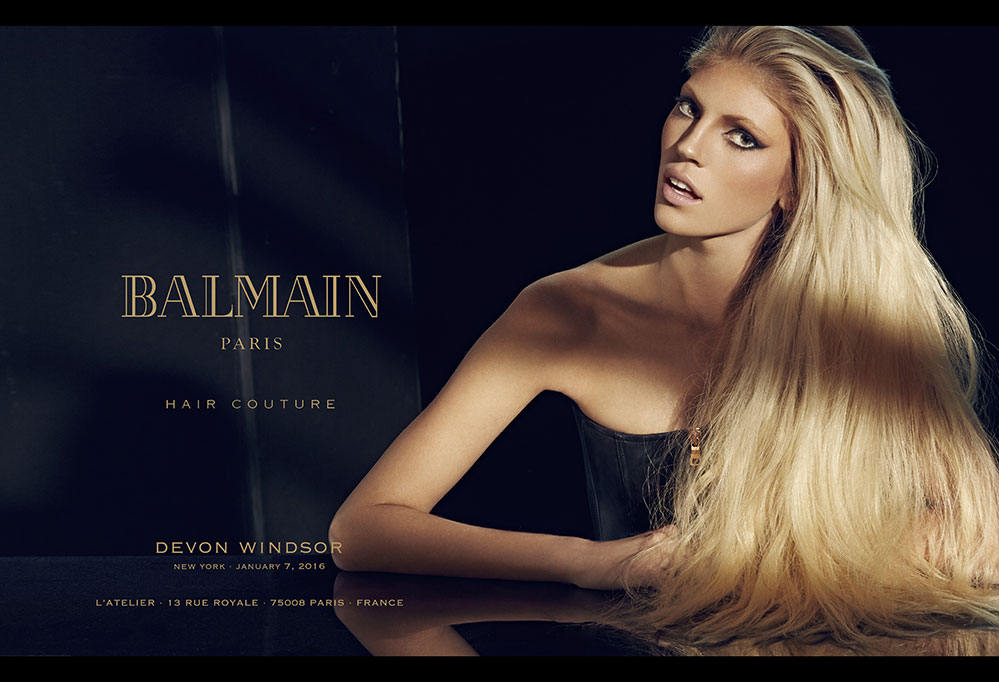