Labour of Love: The Backstory Behind Atelier Cologne 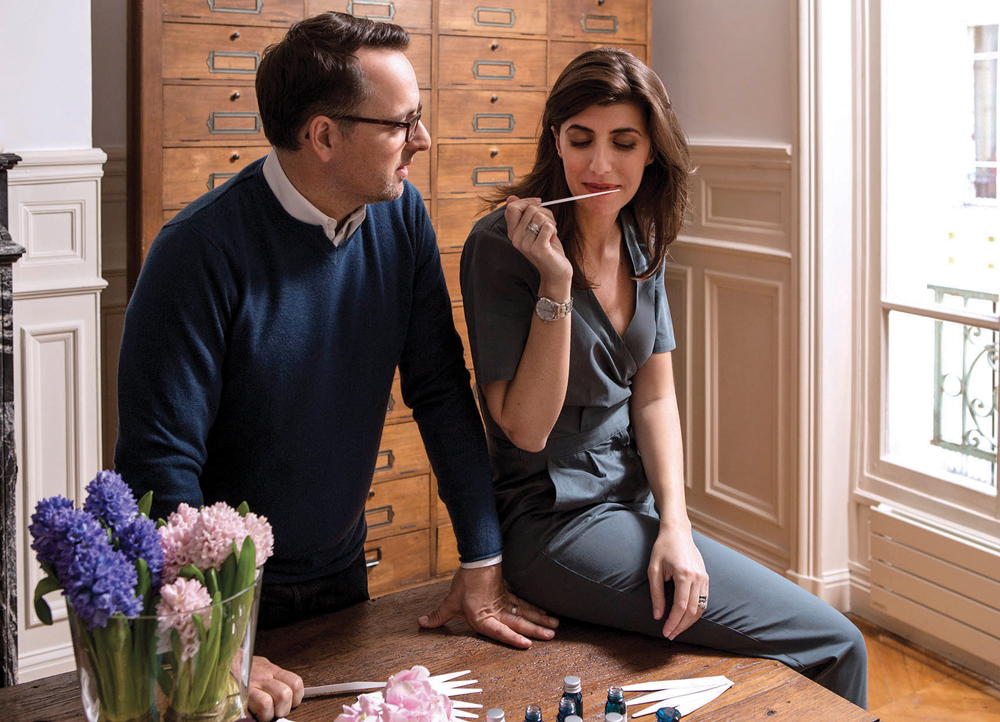 ​The first time Christophe Cervasel met Sylvie Ganter he offended her so deeply that he was afraid she’d never call him back. “He told me, ‘Oh, you speak French with no accent’,” says Ganter. “I said, ‘I’m French,’ and I was thinking, who is this person? Who asks people those questions?” Cervasel smiles ruefully. “It was pretty rude, but we spoke in English at the meeting and she had the perfect American accent,” he admits.

That meeting took place in New York in 2006 and Cervasel was interviewing Ganter for a job with the company he ran at the time, Selective Beauty, which created, manufactured and distributed fragrances for fashion brands including Bulgari, Burberry and Agent Provocateur. “It was a lovely meeting, but I was doubtful if she’d call me back because she was quite upset. But she did. I was in Paris and she was in New York.” They spoke for two or three hours, and decided to start working together.

He calls it destiny. A few years after their first meeting, Cervasel, feeling exhausted and in need of a new venture, left the company he had founded and called Ganter, who told him about her dream of starting her own perfume brand, specialising in colognes. “I thought, cologne? Really?” Cervasel says. “But I could feel something big was happening here so I told her, ‘OK, don’t move. I’ll come to New York and we can discuss that.’”​

Says Ganter: “I have always worn cologne. I’ve always loved it, but two things bothered me. First, cologne doesn’t last, so it’s very frustrating because it’s so fresh, so invigorating when you first put it on, but in 20, 30 minutes it’s no longer there. Also, there’s not much diversity or creativity. Every brand sort of has one but it all smells the same. I know I’m not alone. There’s many people who love cologne who would love for it to last longer.”

Cervasel was beginning to have feelings for Ganter, even though both were married. One plane ride, one dinner and a shared love of cologne meant that just a few weeks later they were together and they were starting Atelier Cologne. They launched their first eau de cologne collection in 2009. It comprised five perfumes inspired by the original. 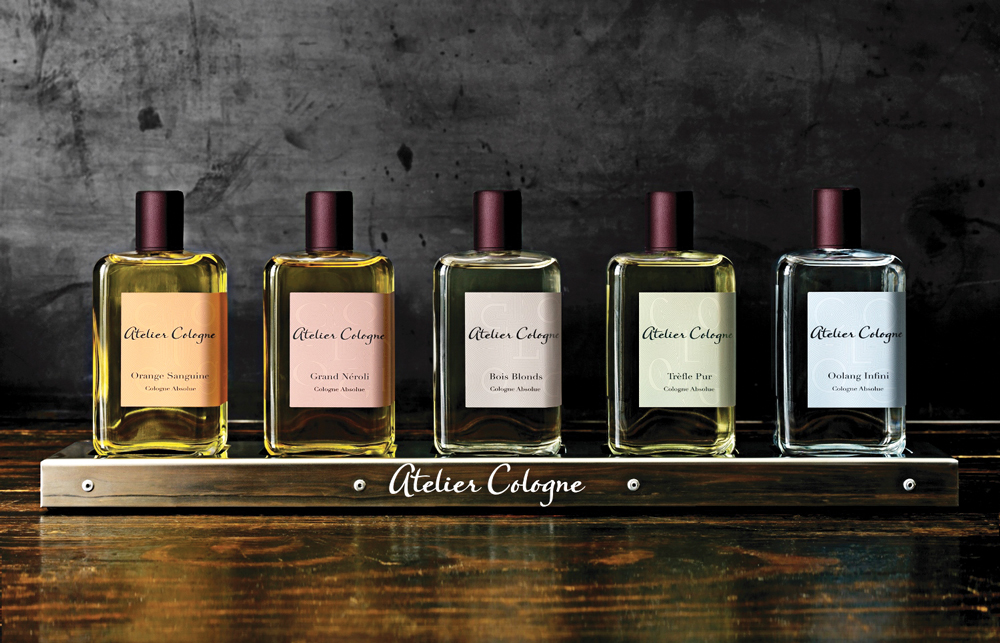 In the United States, many people thought cologne meant a perfume for men – a common misconception, which persists. “We had to educate women that it basically is a citrus-based scent,” Cervasel says. “Both men and women can wear it.” Cologne, he adds, isn’t meant to be overpowering or intrusive, but clean and elegant.

The collection had rave reviews. “American women reacted so well – like, ‘Wow, it’s wonderful. I’ve never smelled anything like this.’ It completely changed the way they looked at cologne,” Cervasel says. Not too light, yet not too strong, cologne is a gauge of intimacy. “You’re only supposed to smell it when you’re close enough.”

Carving out a niche for themselves in a world full of boutique perfumes, Cervasel and Ganter called their concoction Cologne Absolue, or pure perfume, combining the richness of an eau de parfum with the lightness of cologne. Their formulas are typically 15 to 23 per cent essential oils. Conventional colognes are typically 5 per cent essential oils or less. Eau de toilette is usually 5-10 per cent and eau de parfum 10-15 per cent.

In creating their line of fragrances, Cervasel and Ganter work closely with renowned perfumers such as Ralf Schwieger and Jerome Epinette, both family-owned enterprises in Grasse, the centre of French perfumery. Perfumers tend to shy away from citrus, which can be quite volatile. But high concentrations of citrus oils in Atelier Cologne formulas mean the perfume not only lasts longer on the skin but also retains its balance and freshness. 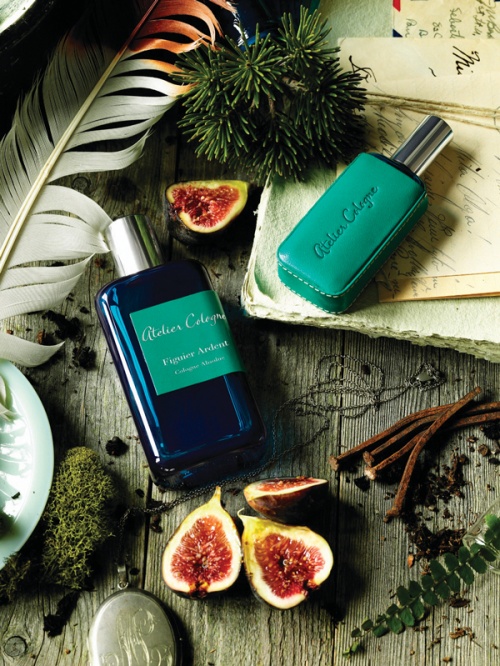 Their latest collection has an Asian theme. It is called Collection Orient. “We wanted to celebrate our passion for Asia, which we discovered a few years ago,” says Cervasel. “Not many people know that in all these regions east of Europe, there are exceptional ingredients, very hard to distil, very expensive, but exceptional.”

Cervasel says French perfumery owes its reputation more to French skill in distilling than to French ingredients. The ingredients may come from anywhere: incense from Uzbekistan, cherry blossom from Korea, pink peppercorns from China, black pepper from Vietnam. The only thing Atelier Cologne ingredients have in common is that they are the best of the best.

Just as Atelier Cologne began as a love story, each cologne Cervasel and Ganter create begins with a story. “When you work with ingredients, it’s quite hard to decide on the final formula. So we decided right from the beginning to write a story, and to picture more precisely what kind of scent we would like,” Cervasel says. “And then we had the idea to write the story on the back of the bottle so everybody can read it. Nowadays, clients choose the perfume for the scent, but sometimes for the story behind it,” he says.

“Cologne is an emotional perfume,” says Ganter. “The very first cologne was created 300 years ago by an Italian perfumer based in the German town of Cologne. He was homesick and wanted to create the smell of Italy. So he took ingredients – lots of citruses from his homeland – to make a perfume that was very fresh and would remind him of home.” 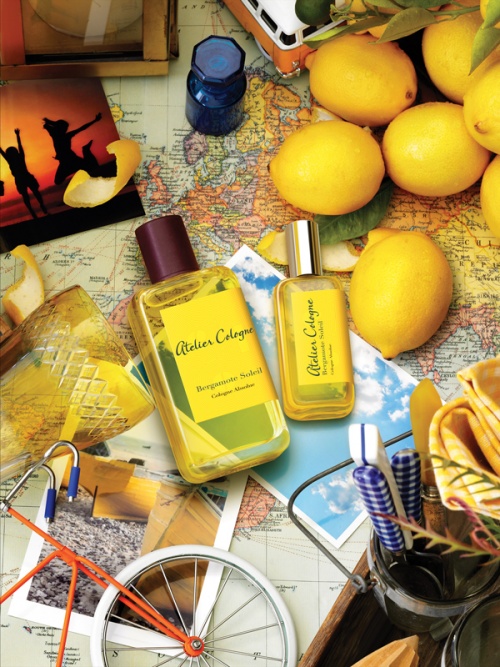 “It’s about a man, let’s say French, who makes a trip to Korea to discover the culture, and while living there he falls in love with a Korean woman,” Cervasel says. “He tries to seduce her but it’s not working. He’s very frustrated and absolutely wants to be with her, so he decides to pour a love potion into her glass during dinner. The next day, he proposes a walk under the cherry blossom trees, where he tries to kiss her and it’s working. But as he’s about to kiss her, he feels guilty. He thinks, I should not have put the potion in her drink.

“But that’s not the end. In the second story, which is Philtre Ceylon, it’s about the woman. You’ll discover she didn’t drink the potion. She saw him put it in, so she didn’t drink it. But she kissed him because she wanted to.”

Cervasel and Ganter are constantly dreaming up stories based on their own experiences and those of people around them. Atelier Cologne is gaining recognition rapidly, with boutiques and flagship shops in Europe, America and Asia. But Ganter’s search for inspiration never stops.

At lunch at the Four Seasons in Hong Kong, she asks her dining companions, “What have you seen recently that really inspired you?” They talk of their travels, of books they’ve read, of new kinds of food they’ve eaten, of friends they’ve met. Ganter nods, jots down details of a book she’d like to read, and offers up little anecdotes.

She says a perfume she developed while she was pregnant with her youngest daughter turned out to be the strongest, muskiest scent in the collection. “She recently told me it was her favourite,” Ganter says, laughing. “It was unbelievable.”