Natalie Eng, Valentin Mille and Joanna Yuen have dedicated themselves to the pursuit of confection perfection. The celebrated pastry chefs talk to Wilson Fok about the importance of flavour, creativity and seasonality

Natalie Eng emerges from the kitchen at Bâtard and sets down a small bowl next to a glass of petite chartreuse elixir. As we tuck into the fior di latte ice cream, with grapeseed oil that has been infused with fig leaves for 24 hours, it melts in our mouth to reveal a herbaceous hit of green, a subdued sweetness and floral notes all within the same bite.

“I enjoy the technicality and creativity of pastry equally, a 50/50 split to be exact,” she says. “When I create desserts, I don’t create for the sake of it; everything that’s on the plate serves a certain function, with either history or foundation to it.”

With her focus on technique, it’s a joy to talk pastry with Eng and to hear how she developed her first collection of sweets at Bâtard – from a minuscule detail like choosing fig leaf, which she refers to as “the pandan of Europe” because of its familiar pleasant flavour and vanilla notes, to how she reinvents classic pastry recipes.

Eng, who admits she had to simplify her style coming from Le Pan to Bâtard, always starts her creations with history and foundation. Next comes an emphasis on flavour and texture, with freshness and plating tying everything together. She has developed a knack for pairing lesser-known or less popular ingredients or elements with known ones, as in the case of her versions of the mille-feuille and Paris-Brest.

Eng’s Palmito, which departs from the thousand-layer laminated pastry stack form to become a sugar-laminated puff pastry, pressed like a Palmier biscuit, is filled with a lemon thyme diplomat cream and chestnut honey. The honey imparts a much deeper taste and a woodsy, leathery aroma, enhancing the herbaceous thyme filling. Similarly, the pastry chef has reinvented the Paris-Brest as a round chouquette, smoked with applewood and filled with an almond mousseline with bitter almond sorbet served on the side.

Eng adheres to a rule of three in each of her creations: one main item and two supporting. But in a city where seasonal ingredients are available year-round, Eng is in no hurry to work with fruits. “I wanted to work with French
figs, but the season is too short,” she says. “It wouldn’t make sense to create anything out of it if I could only serve it for a week.”

Instead, one of Eng’s current projects is to update the tarte au citron, a current favourite among guests. While the recipe is still being tested, the chef is clear about how she wants the dish presented. “There will be no fuss in plating. I hope to keep it clean. Just a beautiful pâté sucrée base and a nicely set lemon filling with a bit of a surprise but no special garnishes,” she says. “It will be a plate with one clean, sexy slice on it.”

Eng’s approach is just the kind Valentin Mille hopes to see from his fellow pastry chefs. “I hope pastry chefs reinvent and reinterpret classics in their own way, either presenting pastries in a different form or adding something funky to change how we see them – a different filling to eclairs or a revised mille-feuille or different forms of an existing dessert,” says the head of pastry for Landmark Mandarin Oriental. “I hope we all think outside the box a little more and stop trying to plagiarise others’ success. What’s the point of copying anyway?”

Alsace native Mille has spent half his life in a restaurant kitchen, from his first apprenticeship at the age of 16 to leading the pastry brigade at Paris’s Guy Savoy to his current post working with the esteemed Richard Ekkebus. The
31-year-old’s peripatetic career has given him a taste of how sweets vary across different cultures, but nothing speaks to him more than memories from his childhood.

“My grandmother is an excellent cook,” Mille says. “At Christmas, she’d bake a very light Yule log with chocolate coffee pastry cream, and other days she would dish up communal platters of giant flans to be shared at the table.”

As a professional pastry chef, Mille believes a good restaurant-served dessert should be about taste and comfort rather than the kind of mind-blowing techniques often seen with savoury dishes. As Ekkebus’s lead for pastry, he oversees a team of 10 chefs making everything for the hotel from bread rolls for MO Bar and PDT to Amber’s
celebrated dessert courses. Mille also oversaw the LMO Freshly Baked by Richard Ekkebus pop-up, bringing French pastry favourites like madeleines, financiers, cookies and French flans to Landmark shoppers.

Amber’s new plant-based and dairy-free direction may have changed the game somewhat, removing butter and eggs from the equation, but this poses little challenge to Mille. “Richard presents a key ingredient to me [each
season]. It can be a vinegar or honey or fruit or spice, and the rest is up to me,” he says.

Mille builds each dessert with one local ingredient, one European ingredient and the rest a balance between Eastern and Western flavours. The key lies in never repeating a recipe, as novelty drives Mille’s efforts to stay at the top of his game. Seasonality is also an important factor.

“Some of the most exclusive fruits have a very short season. French Solliès figs last only two weeks, while Turkish black figs are great in compotes and jams,” he explains. “The season tells you everything you need to know to create a dessert. I believe ingredients that peak in the same season tend to go well together. Similarly, ingredients that share the same colour tone tend to sync as well.”

Unlike some chefs who rely on aesthetics and plating, or the “Instagrammability” of their creations, Mille advocates for flavour. “Flavours never go out of style, but presentation and [plating] can fade away – or, in fashion terms, ‘go out of style’,” he says.

Flavour is also a key element for Joanna Yuen, pastry chef at Japanese-Spanish restaurant Andō. “Flavours come first but more importantly, at Andō, 80% of our flavours are familiar and 20% are novel. Our creations rely on how we take familiarity and flaunt our creativity to interpret, reinvent or update,” says the self-taught Yuen, a former ad executive who has also worked at Amber and Nobu.

Given her lack of formal training, Yuen is able to shake off the constraints of doing things “correctly” and often experiments to create new desserts for the restaurant. “It makes me think more outside the box,” she says.

Channelling the vision of Argentinian chef Agustin Balbi, Yuen has been given free reign to design sweets that fit the style and flavour profile of Andō’s tasting menu. “The desserts at Andō should match the same message as the savoury courses, telling the chef’s story to understand what the restaurant is all about,” she explains.

With simplistic presentation and a talent for harmoniously fusing Japanese elements, Yuen approaches her desserts with a set of ground rules: a maximum of four ingredients in a pre-dessert, which also cleanses the palate to prepare guests for the proper dessert course that follows, and not more than three distinct flavours and textures in the main dessert. Her pre-dessert changes seasonally, from a tofu panna cotta with Spanish nectarine, accented with whisky granita and a tangy foam made with dark sugar-marinated purple ume plums, to a playful take on apples marinated with Sherry vinegar and in sorbet form, with candied walnuts and lemon balm for a herbaceous touch.

Yuen’s Hibiki, however, is the restaurant’s dessert crown jewel – a signature flan with sea salt ice cream and whisky. “These flavour combinations are in touch with my philosophy of making desserts, which essentially is all about telling a story with dessert as a medium. Andō offers an evolving journey to explore the many possibilities of fine gastronomy, as told in chef Agustin’s dishes. My involvement continues and completes his story, presented for all to experience, taste and feel the connection.”

When it comes to presenting that story on a plate, Yuen is keen to experiment but usually shies away from making how a dish looks the priority. “Presentation may not be the first element to consider in my desserts,” she says. “It helps to create desserts that look good, like my Wagashi dessert, but we hope the guests look beyond the appearance and let the taste guide them to a good memory.” 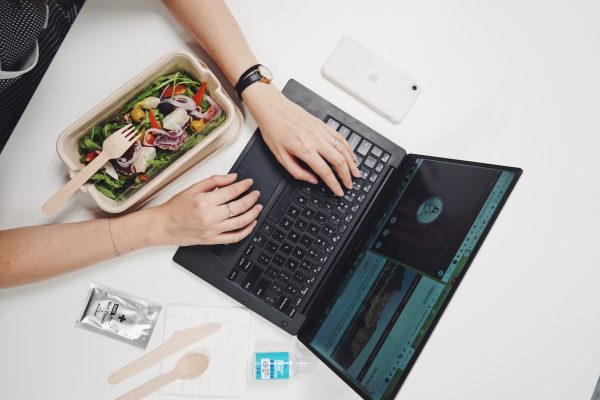 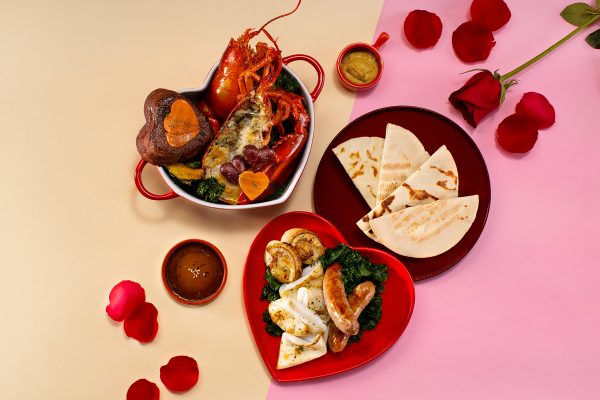 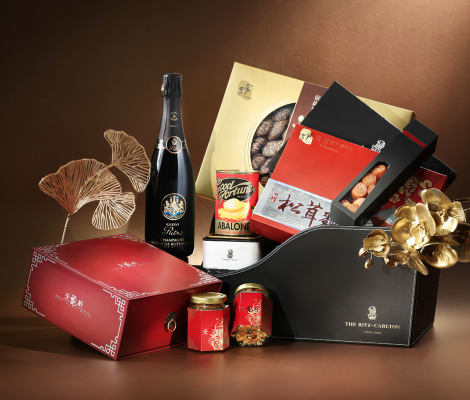 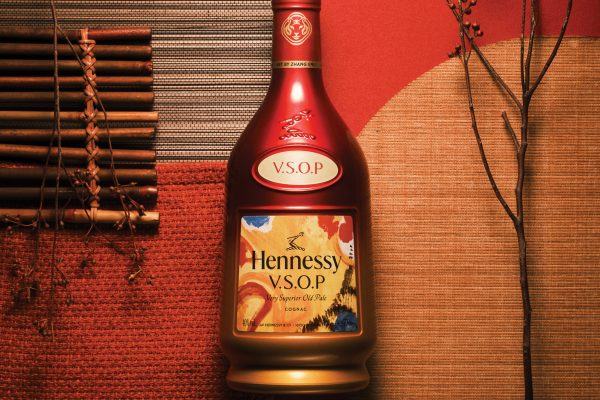