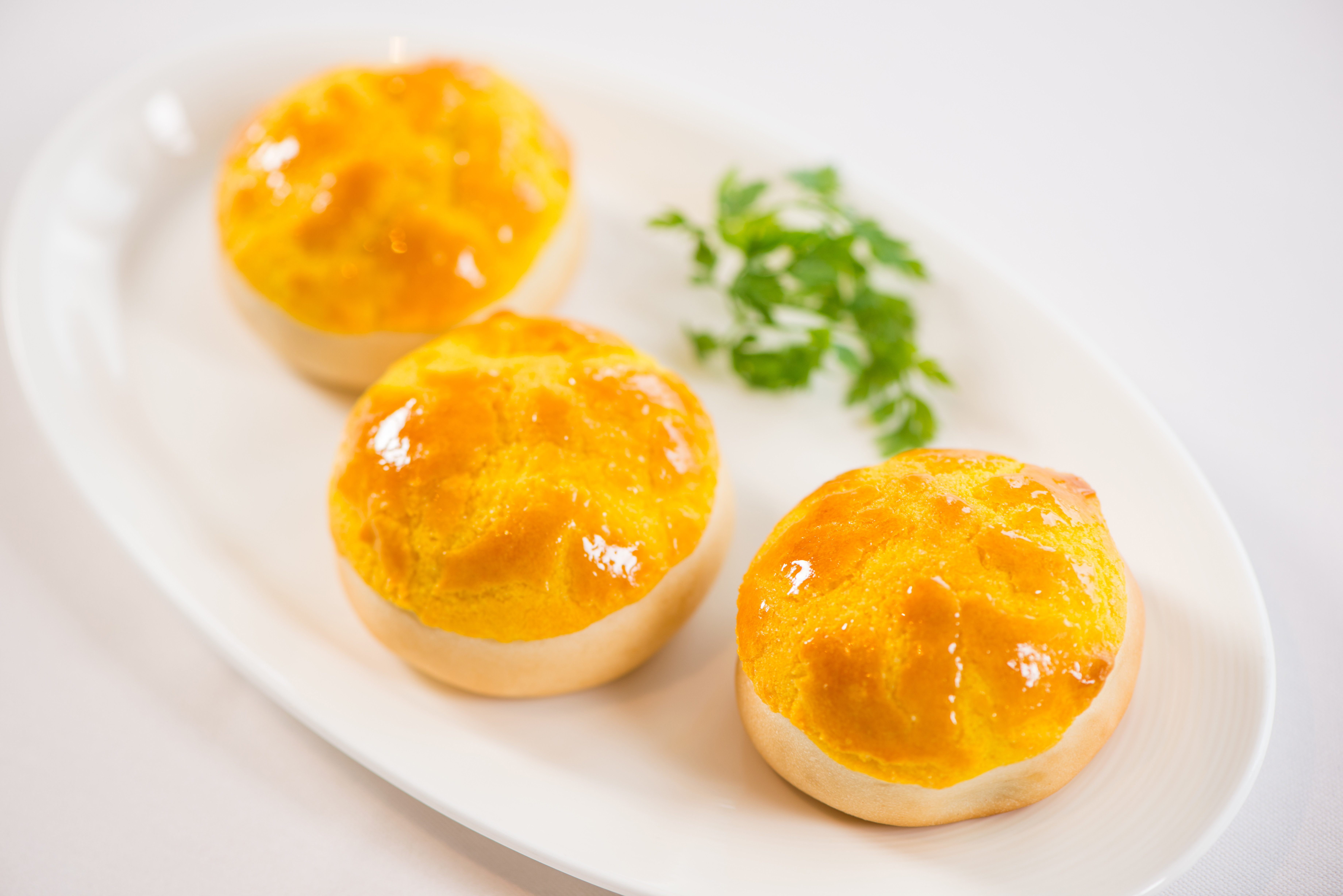 Take, for example, the humble char siu bao. These sweet and savoury roasted pork buns are a dim sum favourite around the world, with a history that stretches back millennia. Legend has it that this simple snack was invented by one of the greatest minds in Chinese history, Zhuge Liang, the celebrated Chinese military strategist during the Three Kingdoms period in the third century. During one fateful campaign, he was told that the only way to guarantee safe passage across a river was to behead 50 of his men. Instead, he tricked his opponents by creating gigantic steamed buns and throwing down the river so they looked like bobbing heads. And so mantou – the pillowy steamed bun – was born.

Origin stories aside, these steamed, pork-filled buns became popular as a hearty source of sustenance for travellers and workers on the Silk Road. The significance of this is astounding. Char siu bao, the ubiquitous snack you can grab from 7-Eleven, predates Mayan temples, Egyptian hieroglyphics and the Bible. Think about this: these buns have outlasted entire civilisations and have borne witness to the rise and fall of empires – and now, they’re enjoying a much-deserved renaissance. 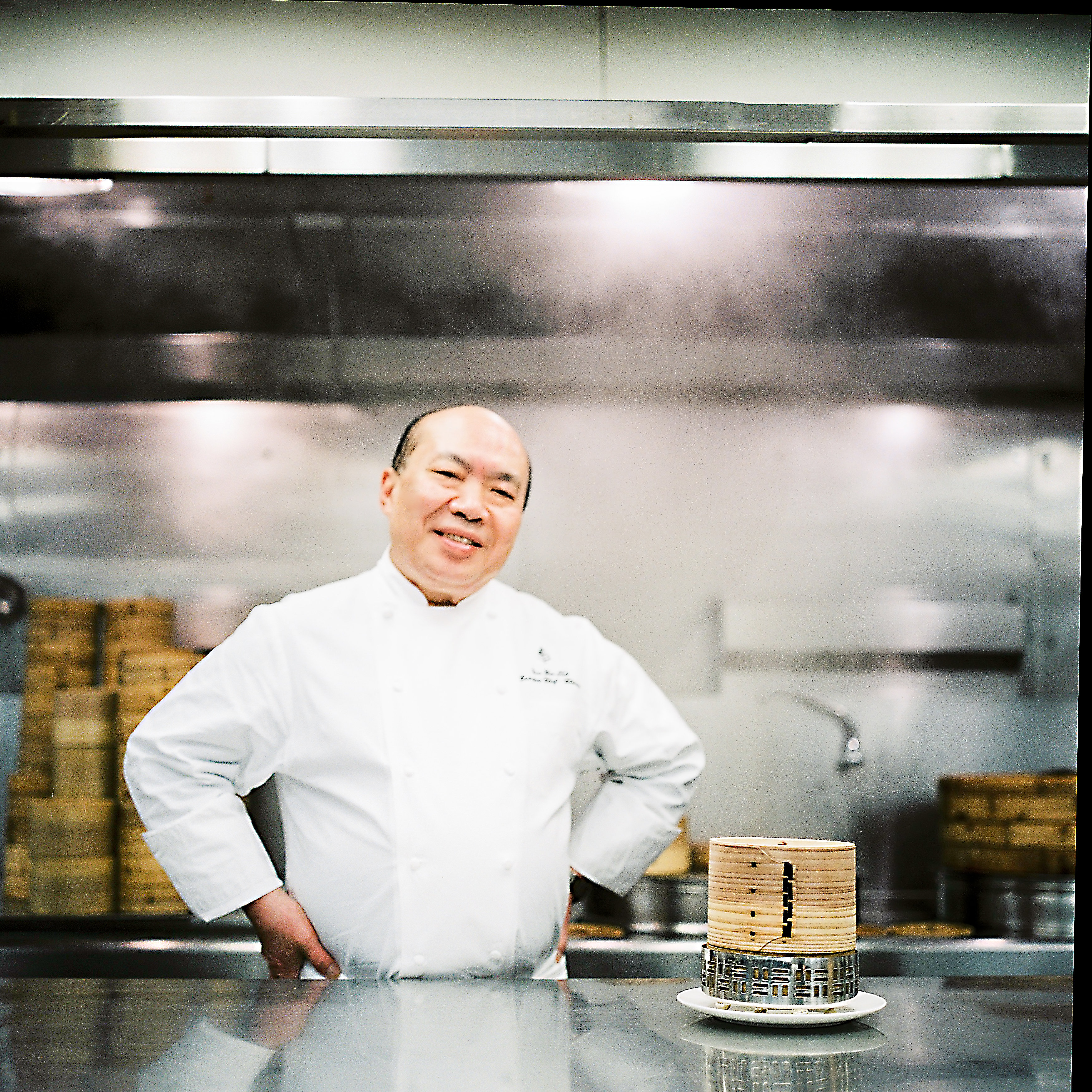 Just a generation ago, steamed bao were the standard. Today, however, the variations are impressive. From baked delights to pig-shaped ones, creative chefs keep putting their own unique spins on the classic. “I’m always amazed by how many new styles there are nowadays,” says acclaimed chef Chan Yan-tak of three-Michelin-starred Lung King Heen. “Back when I was a kid, there was only the steamed version!” Located in the Four Seasons Hotel Hong Kong, Lung King Heen was the first Cantonese restaurant in the world to earn a third star, an accolade it maintains to this day.

Now there are vegetarian ones and premium ones, and bao with glazed tops or cookie-crusts. In Macau, you can even find a hedgehog-shaped char siu bao with hand-cut spines. Just a quick Google search pulls up dozens of magazines and blogs, each touting their own lists of Hong Kong’s top barbecue pork buns. But there are two that stand out above the rest, both for their quality and their popularity.

Deep below Des Voeux Road Central, in the basement of the Standard Chartered Building, chef Lee Man-sing of Mott 32 dutifully churns out his famous bao. But his are a far cry from the old-school teahouse variety. Made with Iberico pork, house-made hoisin sauce and a Yellow Mountain honey glaze, Mott 32’s luxurious baked char siu bao has a cult following. The recipe took chef Lee over a month to finalise, but the wait was worth it. “I believe the customer’s taste evolves over time,” he explains, when asked why he decided to elevate the dish with such premium ingredients. “And we must present the char siu bao in a new way to keep up with the market.” It seems to be working; the restaurant sells more than 40,000 a year. 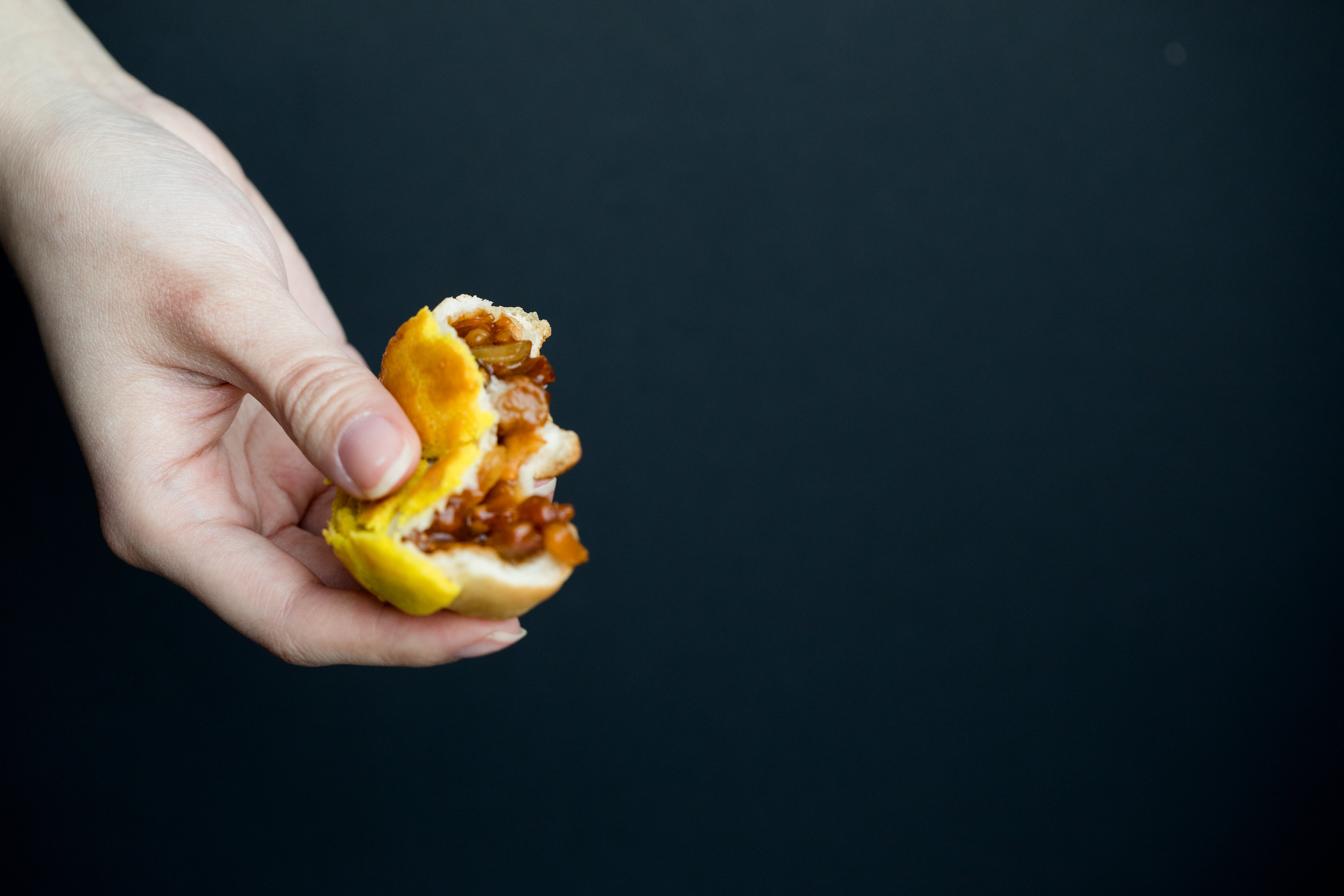 Just down the road, chef Chan has also put his own spin on the classic dish. When Lung King Heen opened 13 years ago, he introduced a char siu bao-bor lor bao hybrid to the world. His baked barbecue pork buns with pine nuts are encased in a pineapple bun, creating the perfect blend of two Hong Kong classics. According to Tak, who usually orders the steamed version when he dines out (“It’s nice to have a traditional taste from time to time”), it doesn’t matter what the bao looks like – it’s all about a crucial element. “The most important thing is the sauce,” he professes. “You need to get the sauce right – rich, yet not too overpowering and a little bit sweet, but not too much.”

Chef Lee, like so many others, grew up eating traditional yum cha at teahouses with his family. “I ate it fresh and the fluffy steamed char siu bao melted in my mouth,” he recalls. “To me, it was the best moment in my childhood.” You can imagine his family sitting together on a Sunday morning, grabbing baskets as the trolleys made their way around the crowded room – a nostalgic scene for most people in Hong Kong. Those teahouses are all but extinct now, replaced by more modern, less chaotic alternatives. One wonders if the humble steamed char siu bao will face the same fate – erased by trendier versions made from lab-engineered meat-alternatives or moulded into more social-media friendly shapes. 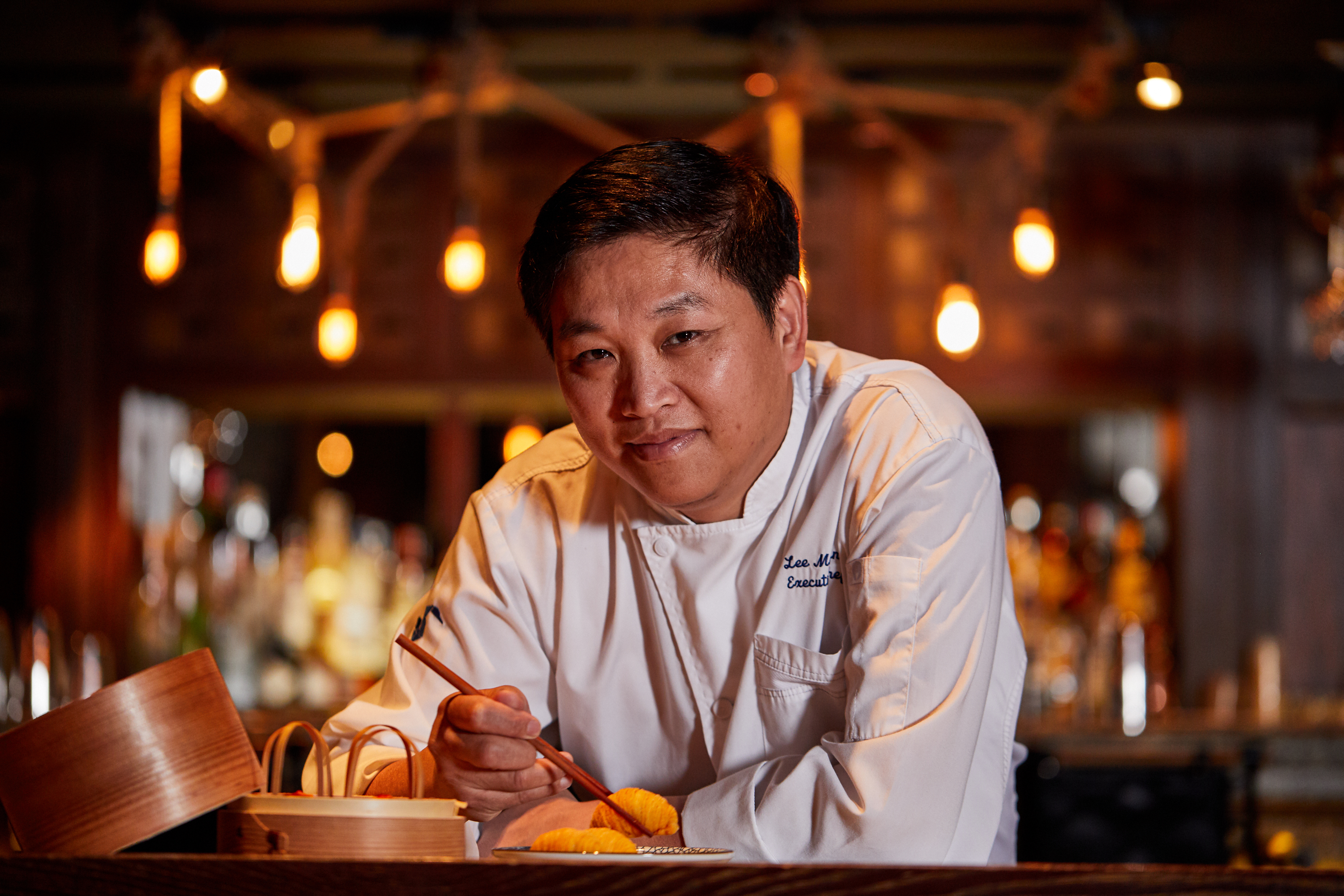 But food historian Julia Skinner, the founder and director of Root Kitchen, is assured that this is just a natural part of culinary evolution. “In the world of restaurants, there’s an ebb and flow as people locate new interests, and sometimes abandon old dishes or concepts… Humans have always reinterpreted our dishes as new ingredients have come about or new technologies are created.” These changes can be barely noticeable – or they can change everything, she adds. “You don’t think of Italian food without tomatoes, for example, but they weren’t a part of the cuisine until they were introduced from the Americas in the early modern period.”

Skinner finds a universal truth in the history of char siu bao. “It’s important to always ask where the foods we’re studying have been before we can ask where they’re going. Historically, these foods were made for travellers stopping at teahouses, and today you can find them anywhere from a street vendor to a fine-dining restaurant. To me, this speaks to the importance of char siu bao and related foods within the culture.” 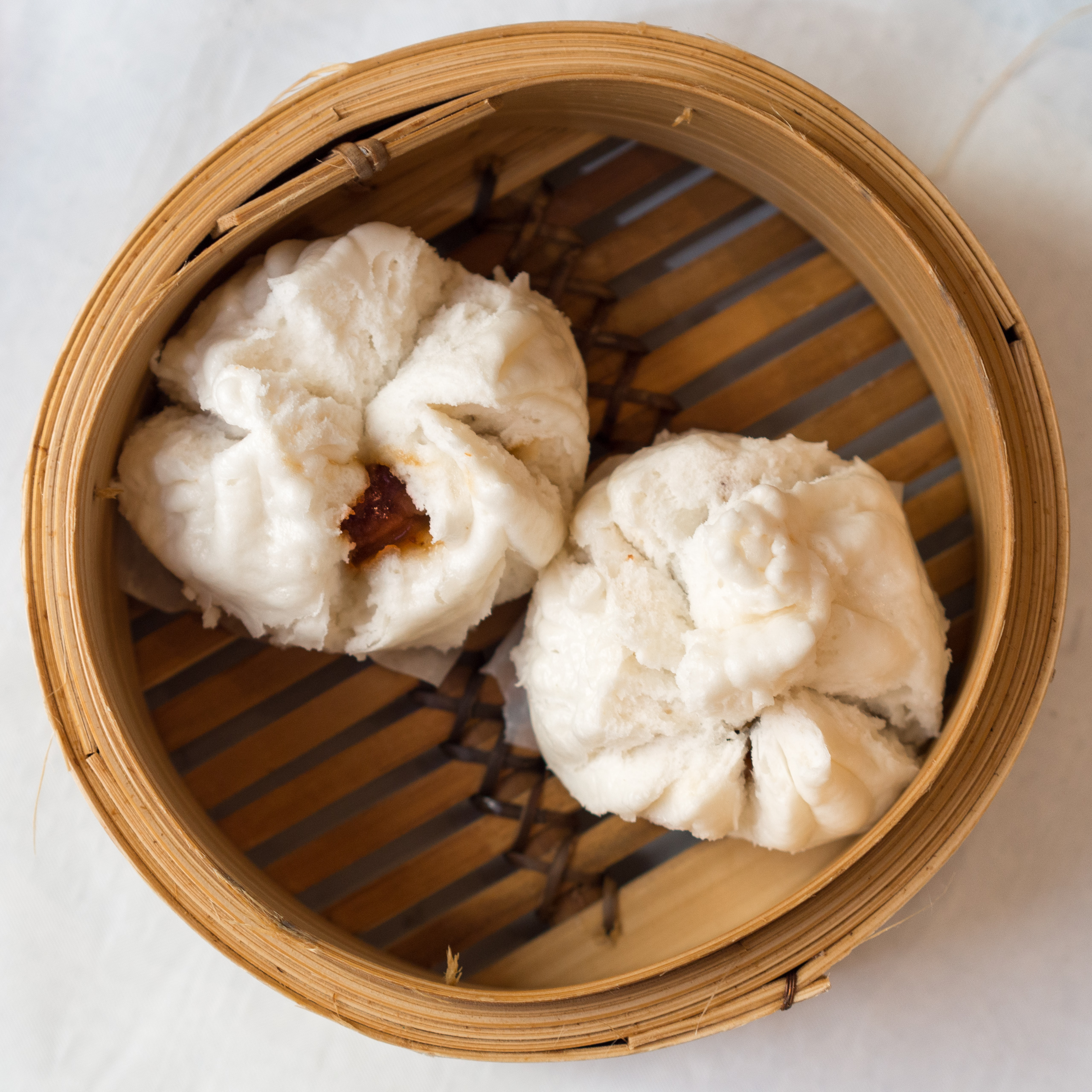 Flour, water, sugar, pork – these simple ingredients have somehow created something so much greater than the sum of its parts. Char siu bao is like Hong Kong itself, straddling old traditions and new innovations. Skinner believes that “there is room in each dish’s story to hold many different, smaller stories” – and who knows how many char siu bao will hold.