Taking On Norway With the Range Rover Velar 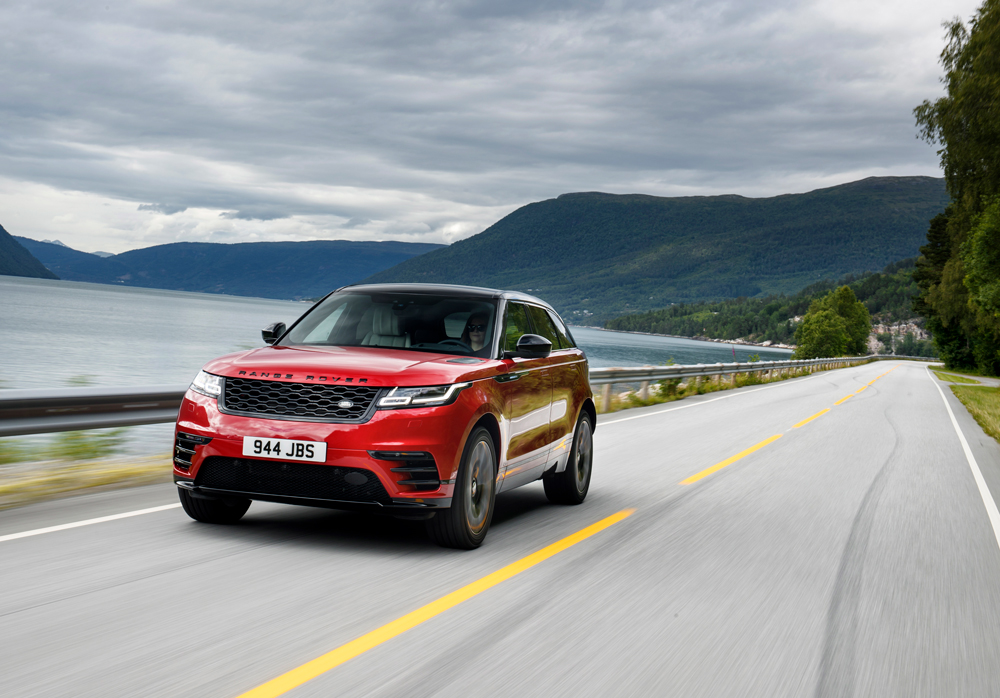 On the small farm I grew up on, every vehicle had to do double duty. If I was grabbing groceries, I took the SUV. If I was taking horses to Florida, I used the pickup truck. If the vehicle was good-looking, it was always a welcome bonus, but never a necessity. To my mother’s chagrin, function always eclipsed form.

The newest Range Rover, the Velar, ends the contest between form and function by combining the best of both, and ushers in a new era for the marque. The Range Rover Velar has the technology, feel and style of a top-of-the-line sports car, with the power, manoeuvrability and space of a midsized SUV. For die-hard fans, it fills a gap between the Range Rover Evoque and the Range Rover Sport. The Velar is the most road-savvy Range Rover yet produced by Land Rover. I was lucky enough to get up close and personal with the Velar in Norway, when the maker introduced the vehicle to the world’s motoring media. In two days I drove more than 300km along winding roads, through the streets of little towns, and down narrow country lanes; I couldn’t get enough of it. 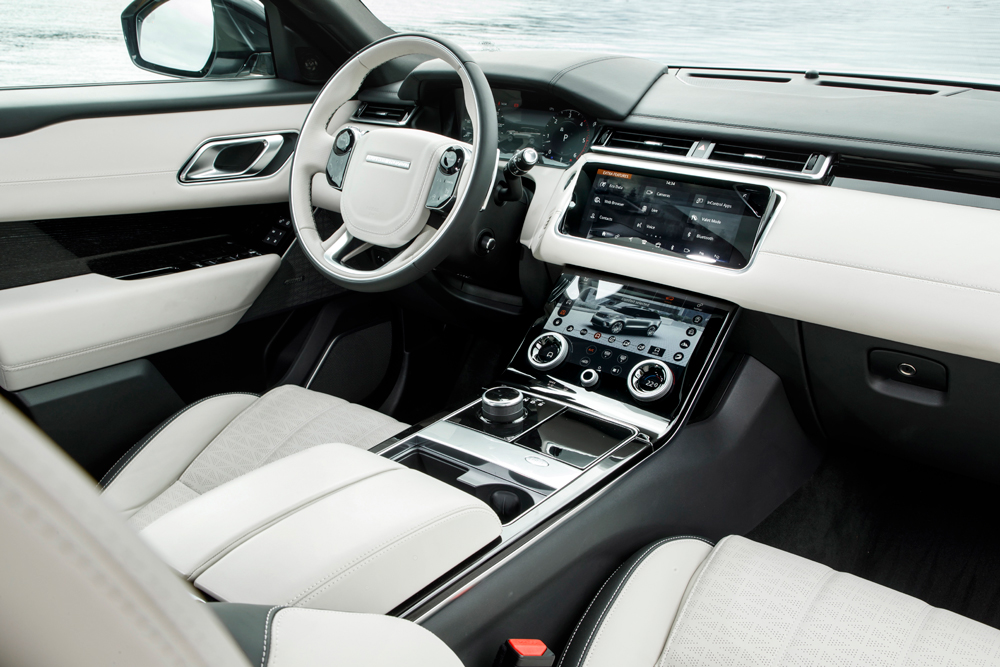 The Velar made its public appearance in March. The name of the new model acknowledges the origins of the Range Rover. In the late 1960s, Land Rover was working on a secret project which was to result in the Range Rover. So secret was the project that Land Rover codenamed it Velar, Latin for “I hide”. The new model does away with the classic, boxy shape of the Range Rover. It is sleek and perfectly proportioned. James Watkins, who helped design the Velar, says the vehicle is intended to break tradition. “With this, we could go a little further, and create something the other cars weren’t doing,” he says. “We created a new character, for a new kind of consumer.” The new kind of consumer is anyone that takes pleasure in the details, Watkins says. Designing the Velar took about five years of painstaking work. The result is an elegant exterior, verging on the sporty, with long, clean lines and strong, taut surfaces. It’s a fierce-looking but sexy addition to the Range Rover stable, made specially for a generation of tech-minded, quality-conscious drivers.

Looking at the Velar, I had the feeling at first that something was lacking. I couldn’t put my finger on what it was until I reached out to open the door – there was no handle, or at least none that was obvious. Watkins has an aversion to door handles, referring to them as “eyesores” and “ugly things”. The door handles of the Velar pop out only when needed, afterwards retracting to sit flush with the outside of the door, giving the exterior surface of vehicle a smooth, uninterrupted appearance.

Like other aspects of the Velar, the absence of obvious door handles is a manifestation of the melding of aesthetics and engineering, an achievement which will keep the vehicle at the top of its league for years to come. It is an achievement that has helped make the Velar the most aerodynamic vehicle Land Rover has yet produced, with a drag coefficient of 0.32, which means it uses fuel more efficiently. The four-cylinder, 2.0-litre diesel, generating 177 horsepower, is the least thirsty of the engine configurations. Sleekness doesn’t mean fragility. Watkins says the disappearing door handles, for example, function properly in the most extreme conditions, “We’ve been covering them in ice and they still work. Besides looking cool, the Velar is thoroughly engineered. It can never just be a style thing for us – it has to work.” The melding of form and function extends to the interior of the Velar, so it feels more like you’re sitting in a spa than a car. Inside, the vehicle is spacious and calming, a sort of sanctuary from the road outside. There are two 25-cm, state-of-the-art touch-screens. The comfortable seats will offer you a massage. The colour scheme and lighting are neutral. If it had a coffeemaker, you could stay there all day. 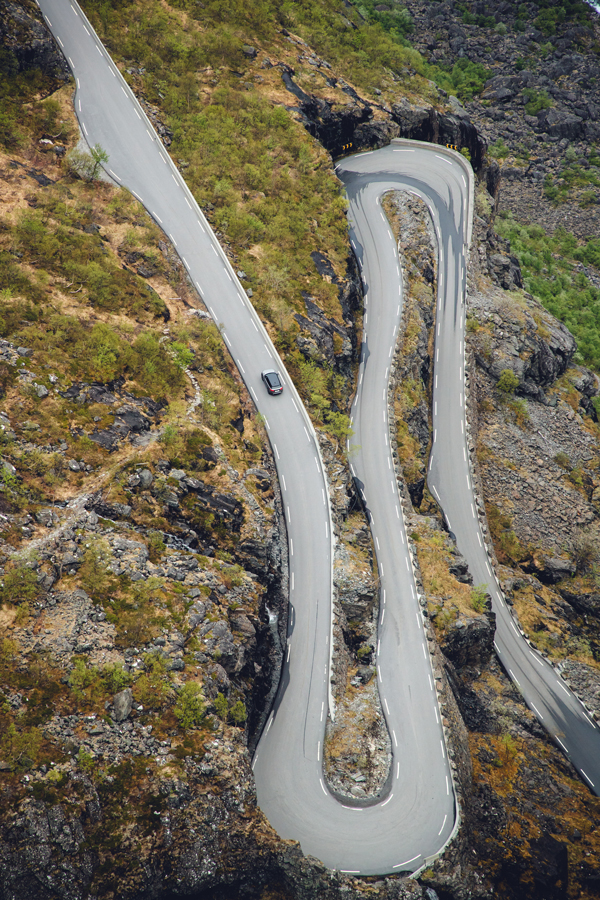 The guiding principal for the designers of the Velar was reductionism: nothing, inside or out, is unnecessary or gratuitous. The vehicle is refined to the point where its sophistication lies in its simplicity and simplicity lies in its sophistication. Yet the vehicle is highly customisable. You can opt for a leather interior or for beautifully woven fabrics. Outside, you can even add copper detailing to the vents on the bonnet. Gone is the plethora of switches and dials that usually clutter up a dashboard, replaced by two screens. The top screen, the angle of which can be adjusted to make it easy to read, displays information needed for navigating, making phone calls and playing music. The navigation system that can keep anyone you wish informed of the progress of your journey, even giving an estimated time of arrival. The bottom screen displays all you need to know to adjust the climate in the vehicle and the settings for off-road driving, of which there are four. The Wi-Fi hotspot can serve up to eight devices. There are USB ports everywhere.

While driving, it was the windscreen display that impressed me most. It clearly shows your route as plotted by the GPS system, your speed and the speed limit so your eyes are always on the road. It may sound a bit too much to cope with but if you’ve used an iPhone, you can use the gadgetry in the Velar. It is largely intuitive and can be mastered in a few minutes. The adventurous driver can rest assured the Velar hasn’t strayed too far from its Land Rover origins. The suspension and technology applied give the vehicle almost unbelievable cross-country capabilities. The touch-screens give plenty of options for adapting the performance of the vehicle to the terrain it is crossing, allowing you to glide over rocky surfaces, plough through sand, slosh through water over half a metre deep and climb up or down the most intimidating of slopes. The ground clearance is 251mm, making scraping the bottom a distant worry. 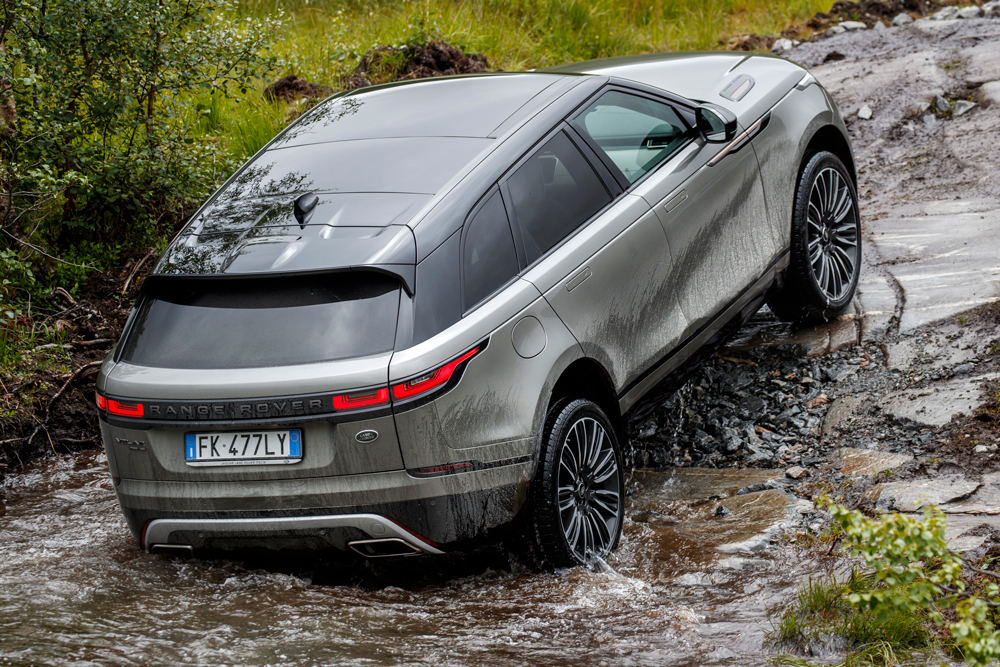 The Velar performs just as beautifully on paved roads. In this respect it is the best vehicle yet in the Range Rover stable. Zipping around the rain-washed curves of Norwegian country roads, it hugged the surface, even on hair-pin bends. Steering requires zero effort. The air suspension system means you barely feel any bumps in the road. Norway is notorious for its strictness in enforcing speed limits, so I was thankful for the cruise control. Although the Velar feels inside like a full-size SUV, it is really rather a compact vehicle and it squeezed comfortably into Norwegian country lanes.The Range Rover Velar combines the best of technology for making driving an effortless pleasure with the durability and functionality that Land Rover is known for.

The vehicle is a shining example of what can be achieved by the judicious interweaving of aesthetics and engineering. Asked who the Velar would be if it were human, Watkins says:  “Someone with inherent style, poise and elegance; maybe someone like Audrey Hepburn.

Watch the Range Rover Velar go through an obstacle course!