ICYMI, Trevor Noah’s US$27.5 million purchase of an 11,000-square-foot hillside mansion in posh Bel Air in Los Angeles was probably the most talked-about real estate deal closed over the holidays. Not a bad second home for The Daily Show TV host, who already owns a reported US$10 million apartment in upper Manhattan that boasts sweeping views of New York City.

Posh abodes aside, one must only look down to Noah’s wrist to confirm his predilection for the finer things in life. Noah is known to have quite the luxurious watch collection, which include brands like Patek Philippe, Rolex and Audemars Piguet. We’ve peeked under his sleeves and cranked our necks to identify some of the watches he owns and mind you, this is but a few of them.

Ever so casually strolling the streets of sunny LA, Noah has been seen wearing a Richard Mille RM11-03 Automatic Flyback Chronograph that costs a cool HK$1.6 million. Housing the watch’s skeletonised movement is a red gold case featuring 20 spline screws in grade 5 titanium, abrasion-resistant washers made of 316L stainless steel, carbon fibre-filled flanges with luminescent material and a dial protected with anti-glare sapphire. And on top of the chronograph function the RM11-03 features a date and a month indicator.

The RM11-03 is not the only Richard Mille he owns. Noah also has what appears to be an RM 67-01 Automatic Extra Flat, which comes in titanium (HK$830,000) and white gold (HK$1.155 million). We’re not quite sure which version he has but either one is pretty sweet. The construction of the RM67-01 dial is quite remarkable, where we see skeletonisation brought to the next level. The bezel’s edges are presented in three layers, while the numerals are crafted in solid metal, and to create a sense of dimensionality, each numeral has been sculpted out of solid metal and filled with Luminova to allow night visibility.

Whilst we see Noah mostly in his hoodie get-up these days as he shoots The Today Show from his posh Manhattan apartment, he cleans up pretty nicely. Case in point at the 62nd Grammy Awards, where he worked the red carpet wearing a sharp and shiny tux which he matched, no less, with a Rolex Everose gold GMT-Master II that had a gem-set Pepsi bezel, diamond-set lugs and crown guards. This special edition is reported to have been launched rather quietly by Rolex in early 2020, and in limited quantity. This version also sees the dial in standard black dial, and not the pavé dial it usually comes with when Rolex sport watches feature diamond-set lugs.

Noah was also seen wearing the Rolex Oyster Perpetual Submariner Date with a green scratch resistant Cerachrom bezel and large luminescent hour markers. The latest generation Submariner stays true to the original 1953 model, which was initially made and built for professional divers and eventually set the standard for diver tool watches.

A piece he’s pictured rather frequently in is the Panerai Luminor Base Logo, often seen as the entry watch into the world of Panerai. With the Luminor’s distinct case, crown, and of course, logo, the Luminor Logo has been one of the best-sellers of the Panerai collections. Made in stainless steel, its case is highly resistant to corrosion and is hypoallergenic, making it an ideal go-to watch.

Noah also appears to own a number of Audemars Piguet’s iconic Royal Oak watches, distinct for its octagonal bezel, tapisserie pattern and integrated bracelet. It’s sporty yet sleek, making it a piece you can wear in both casual and formal events. What most watch lovers admire about the Royal Oak is the incredibly polished surface; some comment the watch’s surface glistens like no other. The self-winding, 41mm version, which we think is one of the versions he has, starts at HK$171,000.

Noah was likewise seen wearing the all-white, all-ceramic version of the Royal Oak, which is not only aesthetically cool, it’s also technically impressive featuring a perpetual calendar. The Royal Oak Perpetual Calendar in white ceramic is priced at about US$93,900 or roughly HK$730,000 and while not a limited edition is produced only in limited quantities every year.

And indeed, the comedian does not take his watch collection lightly, adding a few precious Patek Philippes into the fold – one of which is the Aquanaut Advanced Research, which features a partial open-worked dial. Not exactly warmly received by many watch collectors and Patek purists for its not-too-typically Patek features, having a piece, or two, from this revered brand effectively legitimises one’s collection.

And indeed, Noah owns the holy grail of the Nautilus – the famous and much-desired Reference 5740. Noah’s been seen wearing the piece at a number of his high-profile appearances, and with reason.  The Reference 5740 is the first grand complication in the Nautilus collection, which features a perpetual calendar and comes with a white gold case.

Thanks to the famous ultra-thin self-winding calibre 240 Q movement, the case remains svelte, allowing it to slip nicely under your sleeve – not like it’s something to conceal, the contrary in fact – and is Patek Philippe’s thinnest perpetual calendar. This highly coveted piece was priced at about US$120,000 (roughly HK$930,000) when it was first launched in 2018, but is believed to be valued much higher these days as it’s so hard to come by. 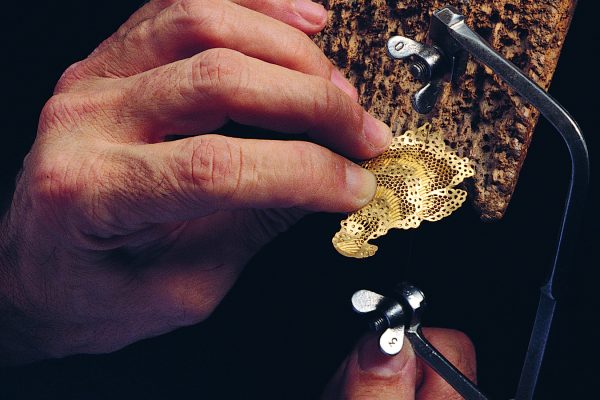