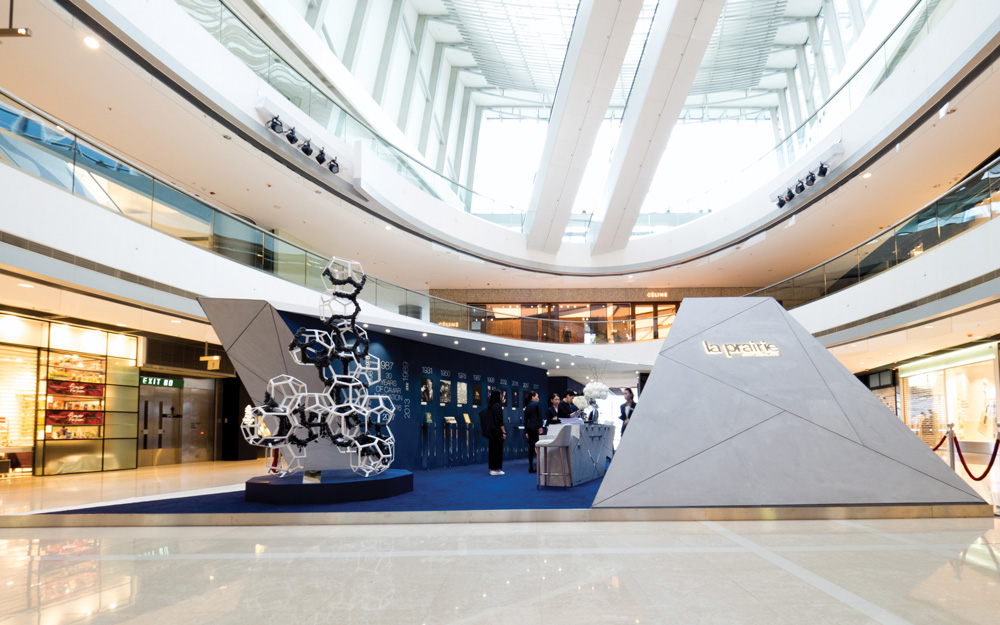 In 1987, La Prairie launched its first caviar-based skincare product – and it shocked the world. Nowadays, we might be attuned to beauty treatments today that involve snail’s slime, sheep’s placenta, 24K gold and more, but during the late 1980s, putting the decadent delicacy into a cream for topical application was simply unheard of. CEO Patrick Rasquinet agrees that it was an unusual choice. “If you look back to 1987, deciding to launch a product with caviar was really audacious,” he says. “Nobody thought of incorporating caviar into a skin cream.”

The Skin Caviar Dermo Beads were born – and for La Prairie, which has a history of using only the most precious ingredients, it was the perfect match. Since then, new products have continually been added to the line, with new innovations and takes on the star ingredient. This year’s release is the Skin Caviar Absolute Filler, a moisturiser that works to plump, give volume and reshape the contours of the face. The brand says the tiny pearls of caviar hold the key to anti-ageing, and are loaded with vitamins, amino acids and minerals that help the skin cells function at an optimum level.

“It’s very potent, it’s nutrient-rich, it’s prestigious and luxurious at the same time,” says Rasquinet. “Year after year, we evolve with new products in the caviar range – each time trying to bring new ideas to its packaging, its technology, its science and its texture.” 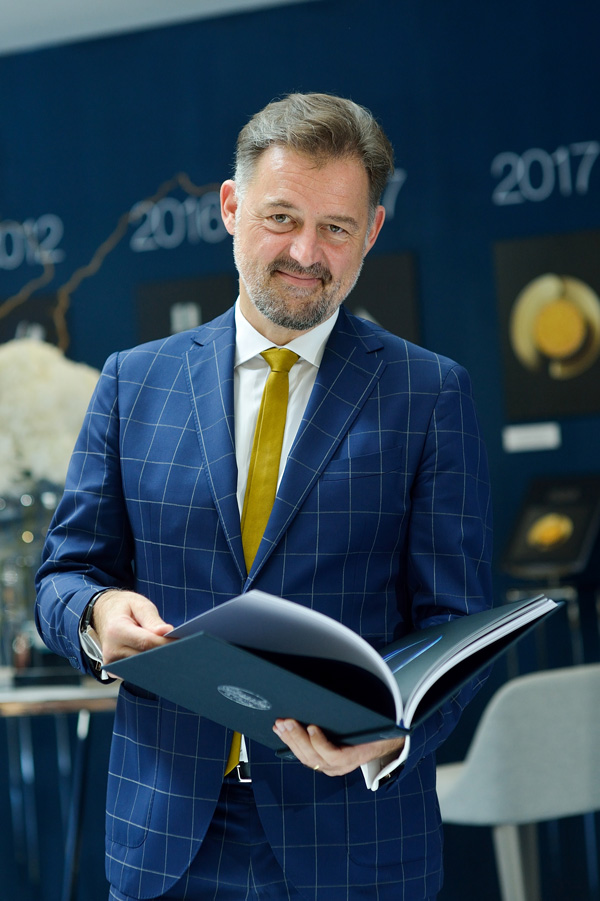 This year marks the 30th anniversary of the launch of the iconic Skin Caviar line. To celebrate the momentous occasion, La Prairie organised The Art of Caviar, a travelling exhibition that brings together a select group of contemporary artists to create artworks that embody the DNA of the collection.

La Prairie’s connection with the art world dates back decades. The packaging, with its unique blue-and-silver jar and spoon that houses the precious golden caviar beads, is inspired by the colour palette favoured by Niki de Saint Phalle, a famous French-American artist and sculptor in the 1960s who created fantastical animal sculptures and curvy female figurines. She often employed a beautiful cobbled-blue colour in her art – and this unique blue inspired the jars used in the Skin Caviar collection.

Rasquinet professes that even he didn’t realise just how important art was to the brand until the 30th anniversary of the Skin Caviar Collection came around, when they began to look deeper into the history of the product and of the brand’s vision. “We didn’t realise that in fact, we had a very inextricable relationship with art,” he says. “What is La Prairie? One, it’s the art of formulation – it’s about the latest science findings and technologies, mixed with the best textures for the consumer. Two, it’s the art of packaging. If you look at our products, they’re unique and easily recognisable. They’re inspired by Swiss contemporary architecture, by Bauhaus. Three, it’s the art of behaviour. La Prairie doesn’t shout. We don’t use celebrities. We don’t use ambassadors. We don’t shout – but we deliver what we promise.” 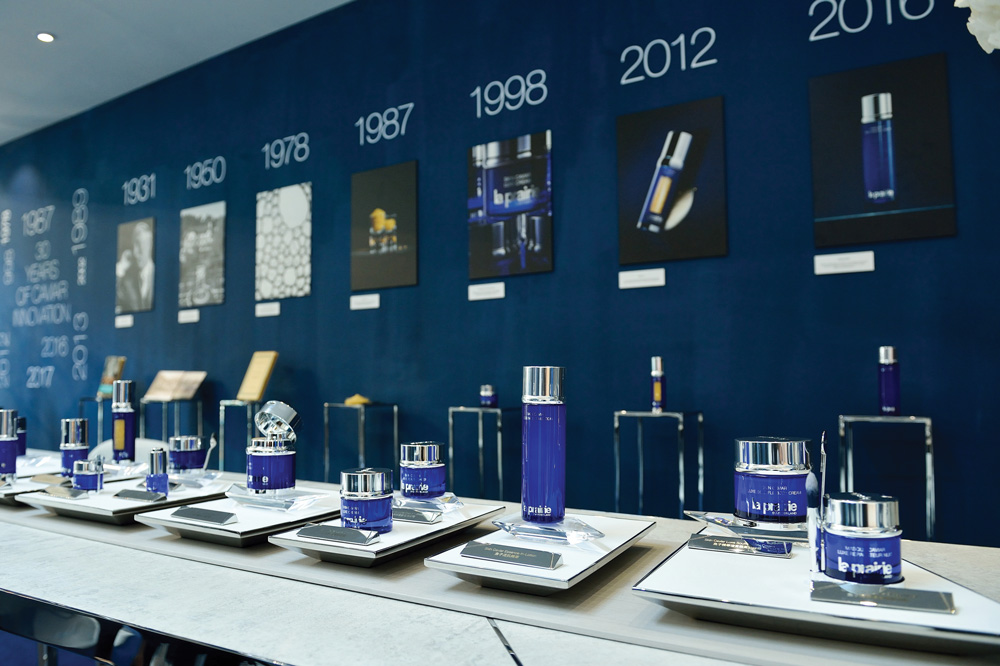 Embracing this renewed passion for art, this year La Prairie partnered with Art Basel, with which it found a close kinship. They’re both from Switzerland and they’re both bold, according to Rasquinet: “Modern art and contemporary art are very audacious, and I think we’ve been very audacious in what we’ve been doing, too. Art is also luxury, in the noble sense of the word, and this is also the same for us.”

La Prairie set out on a mission to find up-and-coming young artists who would understand the brand and who could tell its story through the medium of art. There were barely any rules – only that there should be no well-established artists, that each should use a different medium and that they must work with technology to create their artworks. The finalists were hand-picked by the team and include rising stars of the art world, such as designer Paul Coudamy, TremensS, Bonjour Lab and Cinq Fruits.

“What was wonderful about the whole process was that we didn’t brief them,” says Rasquinet, who is clearly delighted with the outcome of the exhibition. “We didn’t tell them what to do. We just wanted them to understand the brand La Prairie, and to understand the symbolism of the caviar bead and this blue colour. Then we let them do whatever they wanted with it. They came up with all these different expressions – and I was amazed by how close to the La Prairie world they were in creating their pieces of art. It was a great experience.” 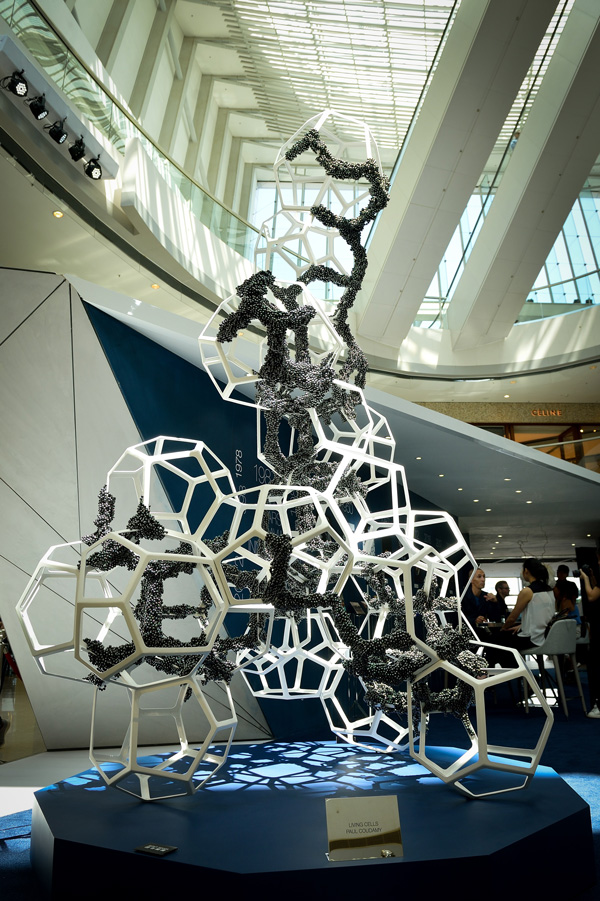 Coudamy is an architect first and foremost, but he always ran his studio in a multidisciplinary manner. When he got the brief from La Prairie, his first instinct was to move away from the use of fancy technologies and projector screens, opting instead to create something more organic. He was so inspired by La Prairie’s vision that he created not just one artwork, but two.

“I really wanted to highlight the science,” explains Coudamy. “When I started my research, I found this old scientific experiment from 1886 that showed the way air pressure worked in a tube.” He immediately had the idea of making small beads dance inside a tube, playing with the idea of how the caviar beads work when applied to the skin. Called Solid Frequencies, the installation – a long tube structure that juts out from a rock – demonstrates the power of science. Small polyester caviar-like beads move and jump to the beat of invisible frequencies, which are activated by the visitor’s touch.

Coudamy’s second artwork is Living Cells, which utilises mathematical formulas to shape and form 3D foam bubbles into a massive structure. Magnetic beads are then sculpted onto the structure, free-form. Intriguingly, Coudamy takes the installation apart after an exhibition and puts it up again at the next one – and each time, the structure takes on a different shape. “Each exhibition is a new sculpture because it’s a living material that attracts and repulses,” he explains. 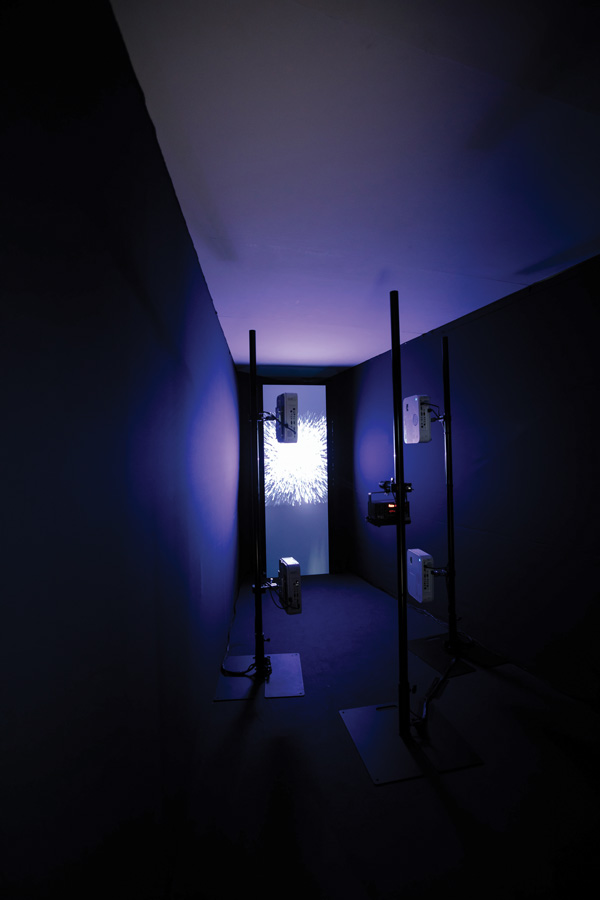 For Paris-based artist-engineer TremensS, the collaboration with La Prairie felt completely natural. “I was surprised to see how much I could relate to La Prairie,” he says. “Compared to other beauty brands, they don’t just focus on the glamour approach – it’s more about science. They want to stop time, and I think that’s very exciting and ambitious.”

TremensS also felt that La Prairie’s mission statement resonated with a lot of his own core values and inspirations, which made it easy for him to come up with his audiovisual concept that combines visuals, lasers and sound. Entering into a pitch-black room, viewers will see a giant monolith where a laser light cuts through at intervals to create harsh lines and shapes, while the surrounding projectors cast abstract visuals that cascade from the laser cut onto the rest of the room.

Caviar was an ingredient TremensS fully embraced – in fact, the aesthetics of the deep sea have been very much a part of his inspiration for his other works. “The dark ambience, the subtle lights… it was very easy for me to connect,” says TremensS. The brand’s distillation process caught his attention, too. “When I heard about the distillation process, I said, ‘Oh that’s the perfect entry point for this piece.’ It was very spontaneous. I didn’t have to think much.” 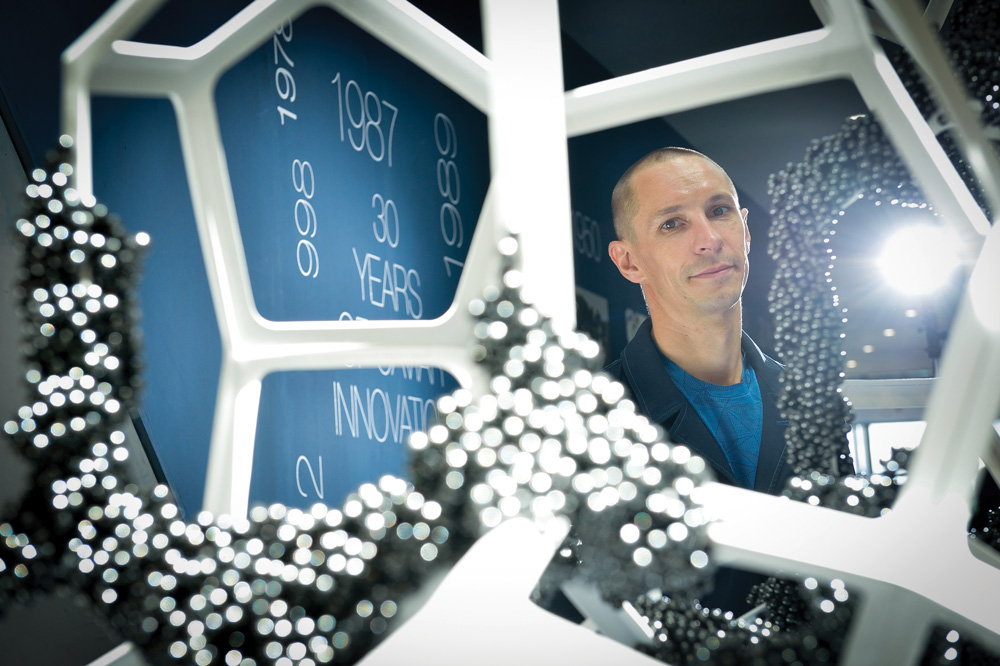 Other artists featured include Cinq Fruits, who composed five abstract images based on how art and science interact with each other on a cellular level, while Bonjour Lab created Moving Pixel, an immersive installation where each participant’s body movements are captured and frozen into golden particles that momentarily stay on a digital screen.

The exhibition has made stops at Art Basel in Switzerland, as well as in Paris, New York and Hong Kong. This month, it will make its debut in Shanghai. The success of The Art of Caviar has the La Prairie team thinking ahead already, with plans to expand the exhibition globally to include more young artists. “We are partners with Art Basel, but we aren’t only partnering for a year,” says Rasquinet. “We’d like to continue with this. We truly believe there is a real relationship between La Prairie and art, so we hope we can continue to have rising artists coming from different parts of the world, creating pieces of art for the coming years.”

If Rasquinet had to choose one of the artworks to take home with him, which one would it be? He chuckles and replies, “I like each piece, so it’s very tough to decide. But if I had to pick for my home, I would probably go for a picture from Cinq Fruits – because it’s the easiest to put up!”