The Fascinating History Behind the Chanel No.5 Bottle 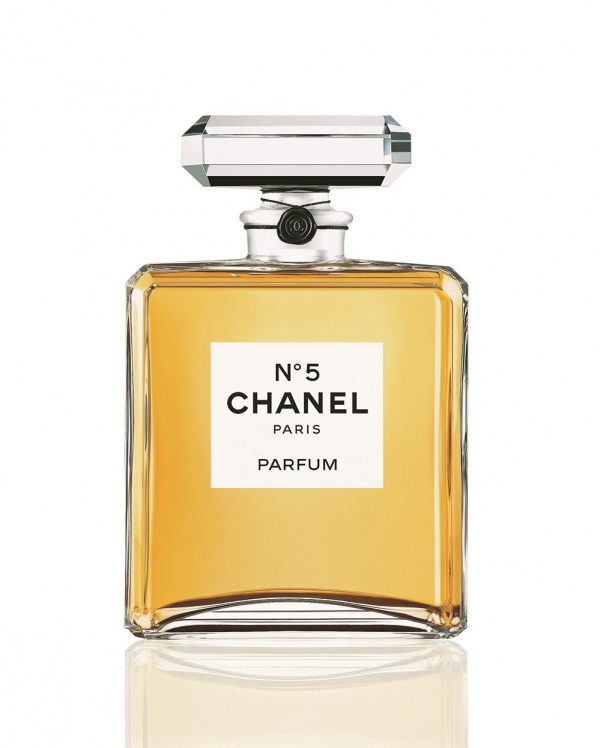 ​​Pure, austere and as minimal as a laboratory vial. Black sans serif text emblazoned on a white label, stamped with a matriculation number. This is the famous No.5 bottle that was designed by mademoiselle Gabrielle “Coco” Chanel.

Never mind the contents, the bottle became a lesson in modernity and by 1959 had joined the permanent collection at the New York Museum of Modern Art. Andy Warhol made it the subject of nine screen prints five years later, catapulting it to 20th-century icon. Just as Karl Lagerfeld remodels the classic codes of the house to reflect the prevailing mood, so too the iconic No.5 bottle has been reinterpreted. Since the 1920s, it has been modified eight times to meet the aesthetic criteria of the era. Interestingly, the double CC first appeared on the stopper in the original version in 1921, only to be dropped before reappearing in the 1970s.

Part cultural icon and part style statement, Coco’s fifth scent preparation has been a recurring reference point in fictional works by Mikhail Bulgakov, in The Master and Margarita, written after 1928 but unpublished until 1967; by Vladimir Nabokov in King, Queen, Knave; and by Russian Booker Prize winner Olga Slavnikova in 2013’s Chanel No.5.

Chanel No.5 is also a masculine statement, with or without Brad Pitt. It’s a reminder of how men had dominated Coco’s life to that point. She came to Paris as the mistress of textile baron Étienne Balsan in 1909, danced at the Moulin Rouge and her millinery boutique was below his apartment. She loved Britain’s Arthur “Boy” Capel, who died tragically, and by 1920 her lover was Grand Duke Dmitri Pavlovich.

If the bottle looked more like a hip flask or a whiskey decanter, that’s because Coco wanted it that way. Scent and sex forever intertwined. No.5 is a heady concoction of art, sensuality and dazzling entrepreneurship. With Chanel’s mix of more than 80 synthetic aldehydes it’s also the first example of a fragrance that went synthetic and global simultaneously. It produced a smell so fresh and unusual that some contemporary critics resorted to describing it in terms customarily associated with visual art, calling it “abstract”. By 1924, Chanel had a perfume division with Ernest Beaux as its technical director. Whatever the case, Coco’s No.5 turned out to be Mary Shelley’s Frankenstein – a creation that controls your destiny. And the No.5 trademark, still strong, still sans serif, contemporary and technological, was copyrighted exactly 100 years ago.