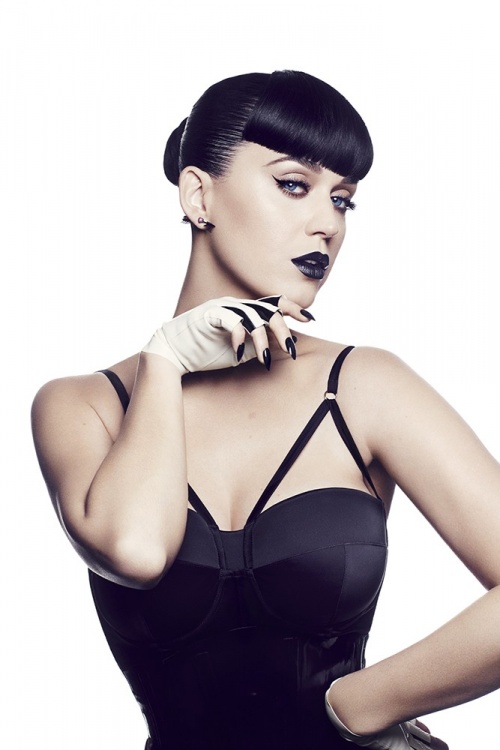 ​Katy Perry is a woman of many talents, and last week she revealed she has added ‘makeup designer’ to her impressive list of achievements.

The singer has teamed up with cosmetics giant CoverGirl on her very own beauty collection focusing on brightly-coloured lipsticks and mascara. Titled ‘Katy Kat’, the feline-inspired range comprises 13 highly pigmented and moisturizing demi-matte lipsticks in eye-popping shades including vibrant coral, siren red and even black. The lipsticks are made using moisturising waxes and butters for a ‘velvety’ look. The star has also come up with an electric shade titled ‘Perry Blue’ as part of the brand’s existing longwear mascara line, whose products retail for the same price.

The singer has worked with CoverGirl as an ambassador for years, but the news of her debut collection sees her move up the ranks to become a serious contender in an increasingly celebrity-filled beauty industry. As she herself said announcing the news on Twitter: “After several wonderful years of being the face, I now get to create the face!’

Perry’s range will launch in July, kicking off what is set to be an exciting few months for celebrity followers, thanks to the release of a slew of new beauty collections. Landing a makeup line appears to be the star status symbol of the moment for celebrities looking to expand their empires and audiences, not to mention remain relevant for millennial consumers.

A year of celebrity launches

Last week it was also announced that former pop star and current fashion queen Victoria Beckham is set to launch her own cosmetics collection with Estée Lauder this fall. The designer, who heads her own globally successful fashion house, will put her signature elegant twist to the collection, which is expected to be a refined and accessible affair.

Fellow fashion designer Julie de Libran, Artistic Director of Sonia Rykiel, has also been snapped up by Lancôme to work on a limited edition autumn makeup collection, which will launch mid-August.

Meanwhile global superstar Rihanna sent frissons of anticipation through the industry when LVMH revealed the ‘Fenty Beauty by Rihanna’ project last week, with a product debut expected in 2017, and reality TV star-turned-beauty-entrepreneur Kylie Jenner continues to see her star rise thanks to her notoriously difficult to obtain lip kits, as well as keeping fans guessing as to her next move, having reportedly trademarked the names ‘Kyshadow’, ‘Kyliner’ and ‘Kybrow’.