Inside the Highland Park distillery in Scotland 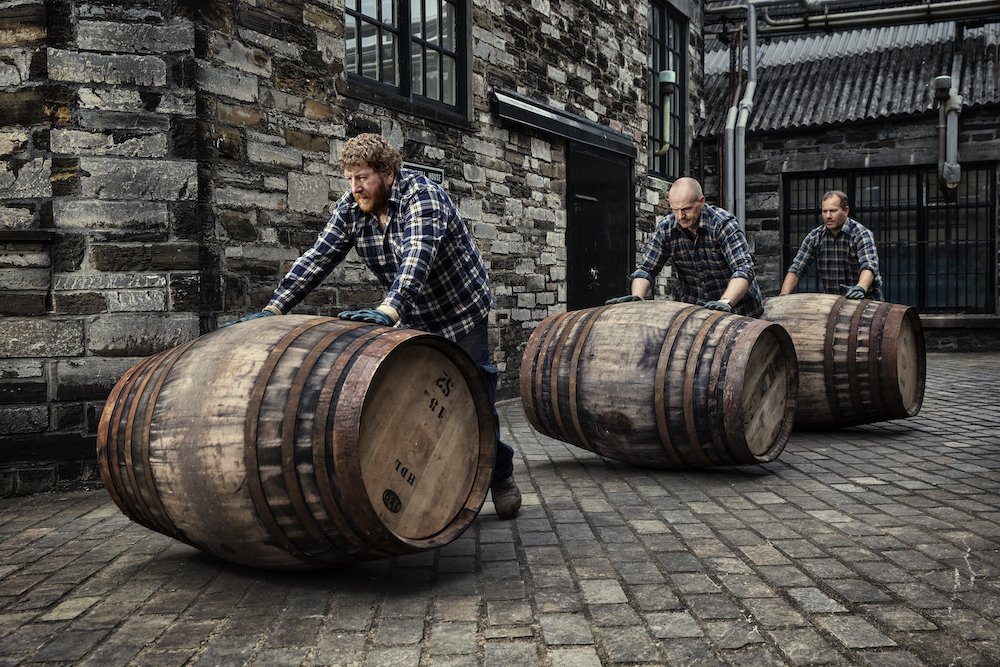 When it comes to travel, we immerse ourselves in a new culture through food – eating what the locals eat, seeking out that elusive “authentic experience” and all that. But we so often overlook the importance of drink. After all, what could be more Italian than a cold Aperol Spritz on a summer’s day, or more quintessentially British than a pint down at the local pub? And if you think sharing a paella is social, try sharing a bottle of tequila.

To the north of England lies a country synonymous with drink, a beautiful land that’s rich in history, tradition – and whisky. There are more than 120 active distilleries in Scotland, and undoubtedly one of the most well-known is Highland Park, part of the Edrington family. Playfully irreverent, Highland Park stands apart for many reasons, especially their creative interpretations of Viking history. Just look the blood-red Fire and the cyan Ice – a colourful two-part bottling of Highland Park that celebrates the great sagas of the Viking age.

The Ice edition, a pale single malt with intense tropical aromas including pineapple and mango sorbet, represents Niflheim, the frozen world in Norse mythology. It’s the home of the great ice giant Ymir, and the birthplace of fog and frost and all things cold. A key figure in Norse mythology, the little-known Ymir is actually the foundation of our very existence – from his flesh came the earth; from his blood came the sea, and so on.

The Fire edition tells the story of Ragnarok, the apocalyptic battle between the gods and the giants of fire and ice that burned the old world and birthed the new. Highland Park captures the spirit of the tale with this vibrant, crimson expression that sizzles with cinnamon, damsons and dried fruit.

Both stories come to us from the Poetic Edda, an ancient collection of Old Norse poems that tell the stories of the Viking world. It speaks of the legends, lore and heroes the Vikings held dear. But why does a Scottish whisky celebrate a Scandinavian past? Because Highland Park prides themselves on its Viking spirit. 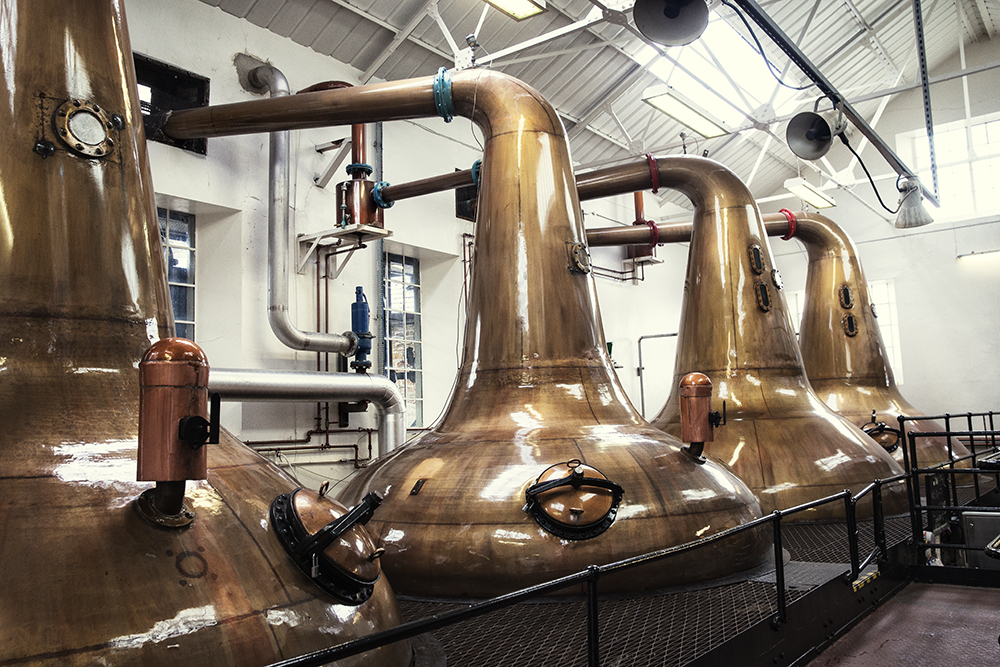 Just a short flight away from the Scottish mainland is the archipelago of Orkney. The collection of windswept islands have been inhabited for more than 8,500 years; they’ve been home to Mesolithic and Neolithic tribes, the Picts and, of course, the Vikings. Harald “Fairhair” Hárfagri, the first king of Norway, annexed Orkney in 875 and turned it into an outpost for Viking explorers. The islands didn’t return to Britain until 1468, but you’d be forgiven for thinking they were still Scandinavian. Today, one in three Orcadians has Viking DNA, and they maintain a strong sense of ancestral pride and independence.

Driving down the quiet roads, Scandinavian flags fly with pride, and there’s a certain lilt to the accent that separates the locals from their mainland kin. Remnants of standing stones can be seen in fields and front gardens. Their names have been lost to time and you won’t find them listed in any guidebook. They’re just a part of the everyday fabric that binds Orkney to its Viking past.

It’s here that Highland Park has built a reputation of doing things a little differently. The distillery, made from striking local stone, is one of just a few left in the world that floor-malts their barely before distilling. It’s an expensive, time-consuming process that the brand believes makes a difference in the final product. “Highland Park wouldn’t be Highland Park if we didn’t have that,” explained distillery manager Marie Stanton as we toured the grounds.

Every single bottle of Highland Park whisky was made here. Under the watchful eye of the masters, it’s imbued with the “Viking spirit”. Even the casks are built with Viking technology; the staves are quarter-cut to allow for airtightness and maximum interaction with the whisky.

During our visit, we were able to catch a glimpse of the floor-malters turning the grain and the roaring furnace burning the local Hobbister Moor peat that gives Highland Park its distinct flavour. We walked through the distillery, where barley and water are transformed into uisge beatha, the water of life. Each step is an integral element of creation, culminating in perhaps the most exciting process: the ageing. It’s here that the science of whisky succumbs to the art. Inside an old stone building, the amber liquid rests for years, often decades. Season after season, the barrels sleep patiently until they’re ready to be tapped.

It wasn’t even noon when we toured the rows of meticulously arranged casks, marvelling at the craftsmanship. When we came to the front of the stone warehouse, one cask was set apart from the rest: number 6282. An exceptional expression of Highland Park, a leak prevented it from going to market. But the distillery keeps it on hand for special occasions – and we didn’t hesitate to try a dram straight from the barrel when the opportunity arose.

At a dinner hosted by Highland Park later that night, I met a new member of the distillery. Around his gold wedding ring were runes – ancient and mysterious symbols of power. His, he told me solemnly, brought love and protection. And his reverence for the mysterious carvings wasn’t an affectation. Like so many others on the island, he truly believes in their living power and their magic, long forgotten by the rest of the world. Up here, time is different. It’s not linear, but palimpsestuous. Layers of history, spanning centuries, exist simultaneously. Ancient wisdom is revered alongside modern invention and the old gods are as known as the new. 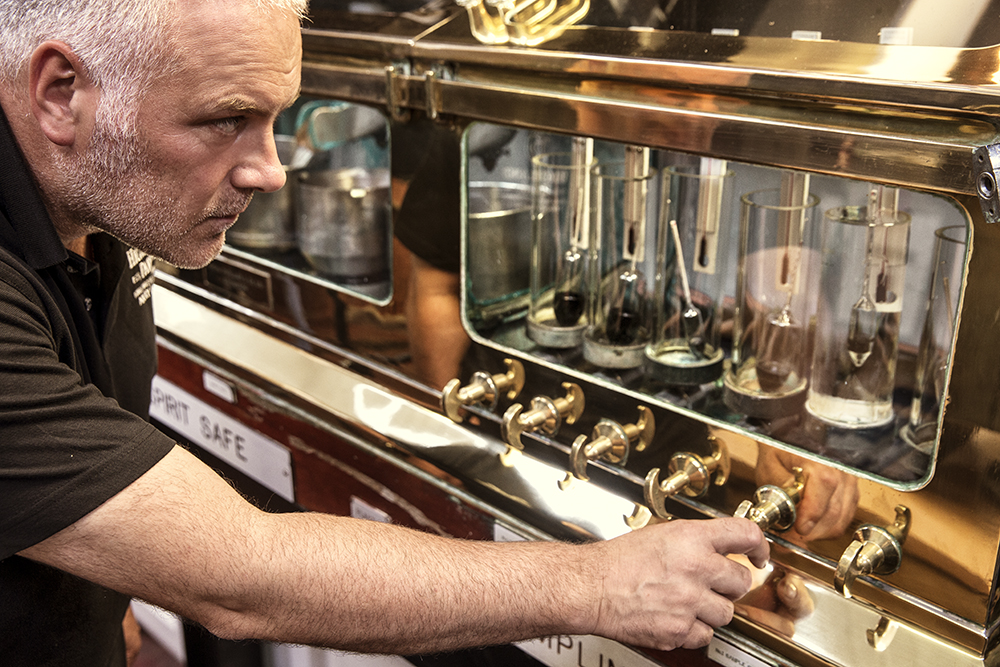 We said goodbye with one last dram of Highland Park on the dramatic Cliffs of Yesnaby. Standing there, surrounded by the crisp Scottish air and clean water, the peat moor just out of sight – it became abundantly clear that whisky is so much more than a drink. It’s the culmination of centuries of passion, as connected to the land as it is to those who distil it.

You don’t have to like the taste of whisky to love it (though it helps, of course). You can fall for the story, for the people who built the distilleries and malt the barley, for the men in the peat bogs and the master blenders in the warehouse. You can fall for the land, the history, the passion and values. As a drink, whisky is as much about community and their stories as it is about tasting notes – in fact, maybe even more so.