Ahead of the 24th anniversary of Diana’s passing, Kirsten Stewart brings the princess’ legacy to life in the new film Spencer. Which of the Diana’s most memorable moments will be portrayed on screen?

Netflix has just revealed the first photos of The Crown season five with new actors Elizabeth Debecki as Princess Diana and Dominic West as Prince Charles. Though fans will have to wait until 2022 to stream the show, they can look forward to the new biopic Spencer to be released in theatres on November 5 this year. Kristen Stewart portrays Diana on the silver screen in the film, which centres on the moments leading up to her divorce from Prince Charles. We can expect several key moments in Diana’s life to play out on screen; here are some of the highlights to look out for.

Royal weddings get a huge amount of hype. The bride’s ensembles are guaranteed to grace front pages around the world. Diana took things to the next level with a David and Elizabeth Emmanuel ivory silk gown. The dress became a blueprint for wedding fashion for the next decade. Large puffed sleeves, full skirts, or soft silks became highly requested features.

Diana’s wardrobe shaped fashion trends all through the 90s and still makes a mark today. Instead of going for the more subdued or expensive looks expected by the royals, Diana curated her collection to serve her active lifestyle. She wore the clothes, not the other way round.

Being mother to Prince William and Prince Harry

Diana was determined to give her children as normal a life as she possibly could. She broke royal protocol when she gave birth to Prince William in the Lindo Wing of St Mary’s Hospital instead of the opulent quarters of Buckingham Palace. Lady Di then went on to make history, being the first royal to send her little princes to public school, closing a major gap between classes in Britain.

Diana involved herself with several charitable causes throughout the years. She was very much hands-on when helping those in need and it cemented her reputation as the People’s Princess. She was passionate about work that benefited children and lent her fame to many causes over the years. The Great Ormond Street became a passion project of hers and she sat as president of the hospital from 1989 until she died in 1997.

During the peak of the AIDS crisis, the princess took a strong stance by shaking hands with a patient suffering from the virus. At the time, people were still afraid to go near those afflicted and Diana made a point of comforting these individuals with physical gestures. Her actions lifted the stigma towards AIDS patients and made her a beloved icon of the LGBTQ+ community.

Another charity Diana dedicated her time to was The Red Cross. Using the visibility of her position, she was able to raise funds for the organisation and served as its vice president for several years. Her work with the charity took her to many parts of the world to serve those in need.

If Twitter had been around in 1994, this dress certainly would have broken it. Probably her most famous outfit, Diana wore the ‘revenge dress’ to Kensington Gardens in her first appearance after Prince Charles’s televised confession of adultery. Immediately, the dress became a symbol of Diana’s spirit and of a woman scorned.

In her 1995 tell-all interview with Martin Bashir, Diana opened up about her struggles with postpartum depression, eating disorders, and self-harm. The interview cast new light on the princess’ life, raising awareness and validating the dangers of mental illness.

Speaking with Bashir in the same interview, Princess Diana outlined her husband’s affairs and the hurt they caused her, leading to the pair’s separation and eventual divorce. While divorce was not uncommon, the royal family has always tried to portray themselves as perfect. The two’s split humanised her and altered public perception towards royal divorces.

A world in mourning

In the days and weeks after her passing, the world grieved in unison over the loss of the beloved princess. Diana likely would have found comfort in the unity she brought about, as she once said, “Every one of us needs to show how much we care for each other and, in the process, care for ourselves.”

See also: Zendaya on her drive to succeed 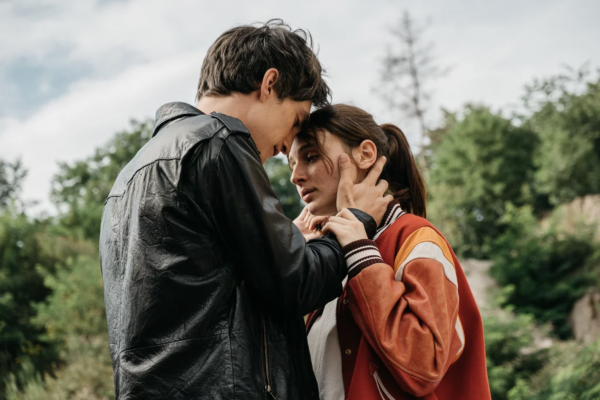