From commodity to specialty to artisanal, coffee has seen trends come and go for centuries. But what is it about the drink itself that drives cultural change and what can Hong Kong contribute? Cupping Room’s Michael Yung and Project C’s Kenneth Lam add to the ever-evolving discourse.

“Third wave” – we know what you’re probably thinking, but no, we’re not talking about infections, lockdowns and flattening the curve. We’re talking about third wave coffee. Simply put, some two decades ago a small group of people wanted to understand how to make coffee taste better, moving away from the first wave’s instant, canned coffee and the second wave’s sugary coffee-based concoctions. Bringing it back to basics, the third wave champions the true taste of coffee and explores how to realise its full potential.

“There’s a very tangible distinction in flavour in specialty coffee – the producers, variety, region/altitude and specific coffee-processing methods all directly impact the flavours in the cup,” explains Michael Yung, general manager of Cupping Room. “You can almost feel the roaster’s techniques through the beans.”

As third-wave coffee companies are growing, the rhyme and reason to the first and second waves of coffee are being revealed. Kenneth Lam, co-founder of artisanal coffee shop Project C, believes that without the first two waves, coffee appreciation would never have developed.

“We embrace coffee ‘distractions’ because it’s an entry into the world of coffee,” he says. “Most people don’t like coffee on its own straight away, so coffee-flavoured things like espresso martinis and coffee ice cream are a good introduction. We opened Project C as a place for people to come and really appreciate coffee, just coffee.”

Learning about coffee in the context of its full potential, rather than just as a means of staying awake, is crucial. “People are more informed now, so the demand for higher quality has increased,” Yung says.

“We’re not interested in fancy brewing techniques or sales gimmicks,” Lam adds. “We want people to understand what they’re drinking and where it comes from. Nowadays it’s rare to hear somebody order a coffee that has syrup in it; they want to understand the true taste of coffee.”

Hong Kong has never been a stranger to coffee, but over the past 70 years coffee culture has evolved from the humble cha chaan teng to the introduction of Japanese coffee houses such as UCC and Pokka Café in the early ’90s to the elevated glass-front cafés of today that ooze sophistication. “We’re proud to be a part of Hong Kong’s burgeoning coffee industry,” Yung says.

A stroll through Sheung Wan reveals that the city’s independent coffee scene has well and truly taken flight. Moving away from the cookie-cutter coffee shop model, there appear to be new openings daily – from chic hipster hangouts to quirky cat cafés bursting with character – all providing guests a place to escape, recharge and re-energise.

Hong Kong has a well-travelled population, so it’s not surprising that the coffee culture here reflects that – it’s very clearly influenced by overseas markets and in terms of exposure, the small size of the city means the concentration of coffee shops and therefore different options is much higher. “Because Hong Kong is so small geographically, picking up new trends is easy and rapid,” Lam explains. “For example, in a larger country there may be two or three coffee places in one area, but here there are seven to eight.”

“We change our coffee beans every two to three weeks, that way people are exposed to a lot of different varieties and can experiment with what they like,” Lam says. “That’s the fun thing about coffee, you can have the same drink every day, but it has the capacity to taste slightly different every day. That’s what we encourage our customers to embrace.”

For Lam, flexibility is the main draw when it comes to opening an independent coffee venture. He champions a hands-on approach to his business every step of the way, explaining how to simultaneously go hyper-local and global in preparation for the inevitable “fourth wave”.

“With a chain, there’s less wiggle room, because you need to offer menu consistency across branches. Your customers get to know what you have, what they like and then if that offering is rotated out, there’s problems,” he says. “We change our coffee beans [regularly], sourcing them from all over the world.”

For Yung, the third wave is not just a cup of coffee but rather a mindset. “At the core you’ll always know that [coffee shops] are a meeting location, a ‘home’ from which to work,” he says. “We’re equally welcoming for groups as we are for solo diners. Perhaps it’s this comfort that means the whole experience starts well before the first sip.”

To a certain extent, society’s globalisation and digitisation waves determine the development of coffee culture. The role of the barista – which directly translates to “bartender” in Italian – has also diversified along with the cafés. “You don’t need to drink coffee to patronise a coffee shop. But we’ll do our best to change your mind!” Yung says, referring to Double Shot by Cupping Room that offers all-day dining, coffee and cocktails.

Coffee culture has now developed a life of its own, beyond the humble cup of joe. Now even the big chains, namely Starbucks, have recognised the move towards a more specialised affair, launching Starbucks Reserve and Starbucks Roasteries to serve as an introduction to artisan coffee at a grassroots level. “Coffee snobbery is counterintuitive,” Lam says, “because even if somebody drinks instant coffee, that’s a start. Expecting somebody to like coffee straight away is like expecting a baby to run, they can’t.”

Yung and Lam are confident the industry will continue to go from strength to strength. “The specialty coffee world is growing and evolving. Continuously refining techniques, questioning the systems that have long left farmers in poverty, and searching for ways to bring more flavour out of the precious beans,” Yung says. “We’re experiencing coffee at a quality level that the world has never seen before – and it’s only getting better.” We’ll drink to that.

In this Story: dining 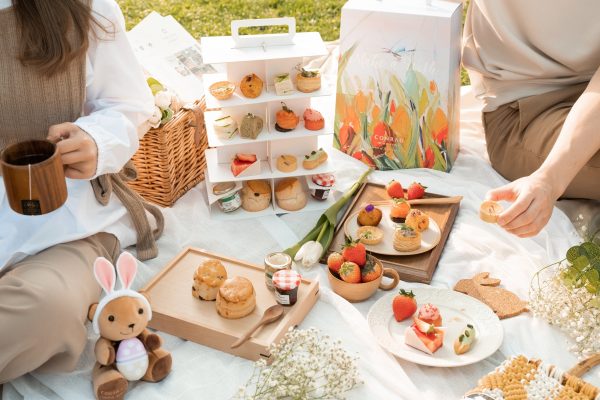 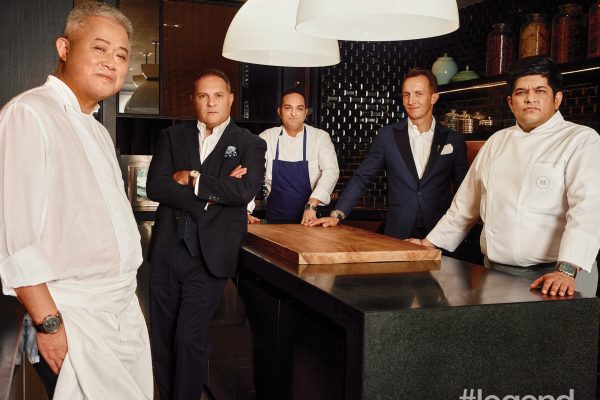 #legendeats: The best dishes we ate in April 2021